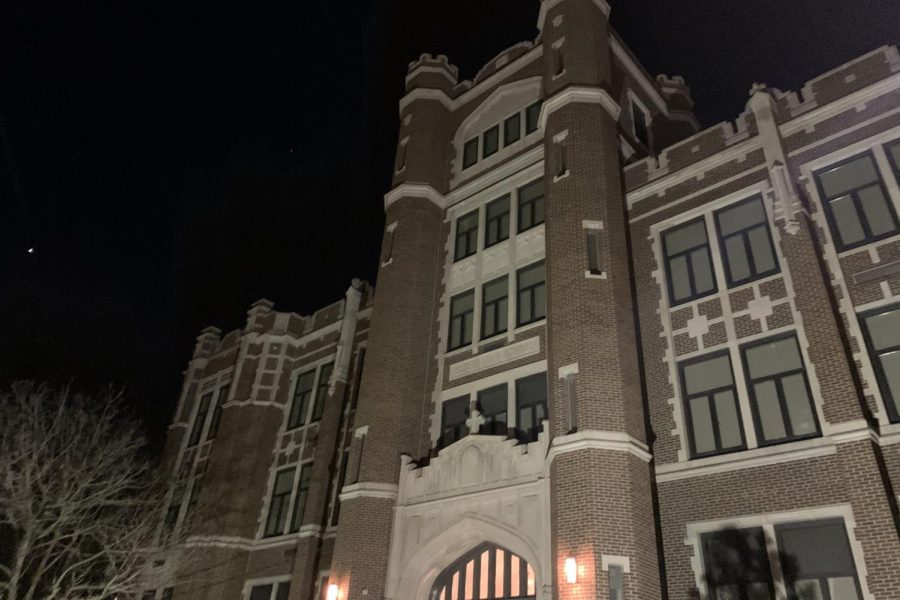 Elder has been around for almost a century and is one of the oldest high schools in the Greater Cincinnati area. As someone who lives in Lawrenceburg, I didn’t know a whole lot about what Elder really was until I first walked into the doors of 3900 Vincent Avenue. I had been to games in The Pit, of course, but I never knew the story that students and teachers would spend every moment of free time in the 1930s to build it by hand. I never knew that the Schaeper Center used to be a Super X. Just a few examples on how little I really knew about the place I would be spending the majority of the next four years of my life. I consider myself a person that always wants to learn as much as I can about a place. I am always asking questions. I had a lot of questions about Elder and the history behind Elder.

To my main point and the headline: Elder History Class. I have done some thinking about this. Elder is rich in decades of history and this class would be a way to preserve and educate the past to the present students of Elder. This would be an elective and only last a semester. This class would be set up to educate by bringing in speakers and watching videos. The speakers would be alumni and teachers that have been around Elder for many years. As many of you know Elder is a special place filled with dedicated people that have ensured that the traditions and overall mission of the school live on and this class would be the catalysis for the next 100 years of building on Elder’s history.

Elder has such a rich history that is almost entirely known through word of mouth. This class would provide a way to get current students connected more deeply with their school by learning the rich history of the school. The school campus has grown over time and the way the school look like even in 2018 doesn’t compare to what it looks like now with the building of the Panther Fitness Center. A lot has changed. A lot hasn’t some of the areas of the campus have stayed relatively the same since the beginning.

I have to give credit to Jack Langen for bringing this idea of a Elder History Class into my head. He mentioned it during one of our many conversations about the history of Elder and just talking about the fact the Elder isn’t just some high school but a way of life for so many people.

This class could be one of the most beneficial classes given at Elder. That statement might come with some heat. Every class is important. This class would provide a time capsule into the past of what Elder used to be like and how it came what it is today. This class would make them look at their time at Elder and see just how meaningful four years can be on their life and Elder.