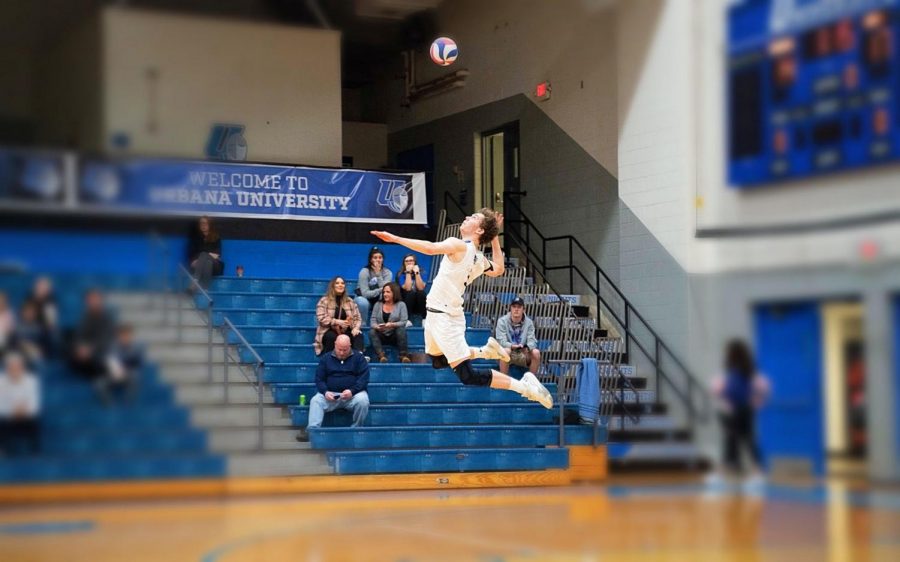 Hargett’s freshman season was cut short on March 12th due to the NCAA Annoucement of the cancellation of the spring sports. On April 21st the school announced that at the conclusion of the spring semester, the school would close down for good. Hargett was in “shock and disbelief” that the school would be closing.  “None of us ever saw this coming, my friends and I were looking forward to coming back next year and competing for the school and making new memories.”  In August of 2017 the school announced that they would be adding Men’s Volleyball in 2020.

The Urbana Men’s Volleyball team was 1-19 to start the season. “We were all bought into rebuilding this new program from the ground up,” Hargett says. The record didn’t reflect the team’s efforts it was a rebuilding program that  “you become connected like family and the coaching staff and players really made it a year to remember for my first year of collegiate volleyball.” But the first year of the Urbana Unviersity’s Mens Volleyball team would also be its last.

Hargett, a four year player at Elder had this to say about Elder Volleyball. “It provided me with my best friends I still have today and the coaches instilled values in me that made it an easier transition from high school to college volleyball than some people may have had. I would do anything to give my senior year experience to those guys that can’t have it this year and it’s hard to put into words how hard this must be for them.” Hargett is trying to find a new place to call home and play possibly four years of College Volleyball somewhere else after the NCAA Announced that they were granting another year of eligibility to spring sport athletes. Hargett’s college stats.

Unfortunately this is not the first or last instance where a university closes it doors or cancels certain teams. We saw earlier this month that the UC Men’s Soccer team was cut after being around since the 70s.  Cincinnati Christian University closed their doors in Decemebr of 2019 due to low enrollment numbers and raising cost of tuition similar to Urbana’s situation. As the COVID-19 pandemic continues we could see more small town universities and some teams cut due to the lack of money coming into the school.