Jimmy McLaughlin talks about his favorite memories with FC Cincinnati, ACL recovery, earning an MLS contract, and how he is staying occupied during quarantine. 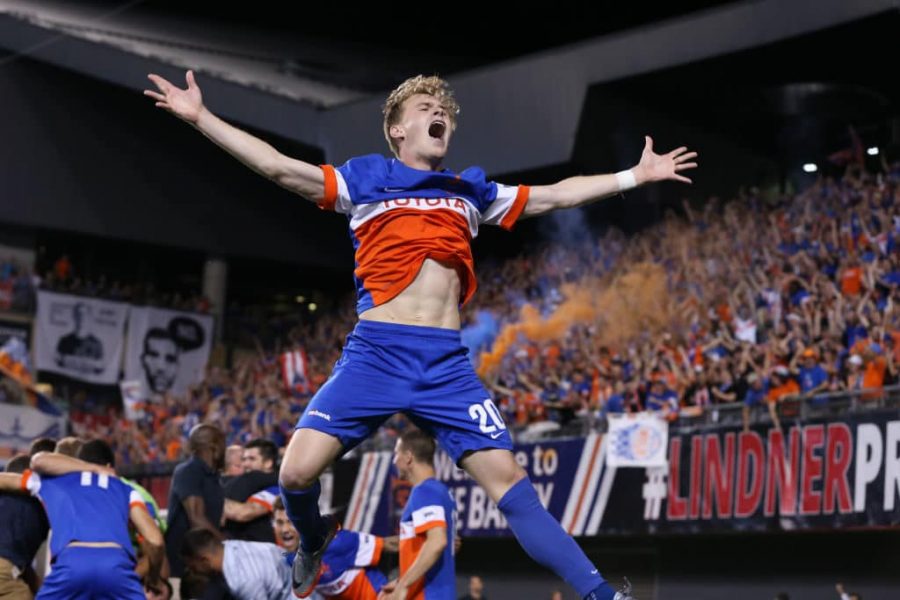 Sports have been bare over the past few weeks.

Avid sports fans around Cincinnati and the world are all going through withdraws. Countless teams and TV Networks are re-airing games from every sport including FC Cincinnati, which is doing a second screen experience where the club brings in two players or club staff members that were influential in that game and they answer some “behind the scenes” questions from fans on Facebook. Every major and minor sports franchise from Major League Soccer to the NFL and USL  are trying to give loyal fans their sports back.

FC Cincinnati midfielder and fan favorite Jimmy McLaughlin was willing to talk about his favorite memories with FCC and his comeback from a season-ending ACL injury.

McLaughlin has had three standout seasons with FCC although he has been here for five years. In year four, McLaughlin was plagued with a season-ending ACL injury in the preseason of the club’s first season in MLS.

“It was a long, tough journey but I believe that I have come out of it stronger physically and mentally,” McLaughlin said in a direct message on Instagram.

McLaughlin’s acting as a little ball of energy at the near end of games was a crucial part in the 2019 team. Some may have said different, but after seeing the results of this past season, he was well needed as FCC finished dead last in the league. His injury aside, McLaughlin looks back at his first three playing seasons fondly, recalling one particular memory as his favorite.

“The first home opener (2016) was really special. We had no idea how many people would come and the 14 thousand came out in the cold, rainy conditions. Ugo [Sean Okoli] scores an amazing scissor kick and Austin [Berry] scored a diving header for a great game at Nippert Stadium that I will never forget,” McLaughlin said.

He finished the 2016 inaugural season with 21 league appearances and five goals.

Due to his season-ending ACL injury, he was not guaranteed a 2020 roster spot. McLaughlin was offered a trial with the team in the first part of the preseason trip in Tucson, Arizona. Based on performance, he would either be offered a contract or not offered a contract and let go as a free agent.

“It is one of my proudest moments in my soccer career and life. It was an incredibly tough year for me and I knew that it would be an incredible challenge. I love FC Cincinnati and was willing to do whatever it took to make the team. I took it day by day and believed in myself through all the ups and downs. I will never forget the special moment when Ron (Jans, Former Manager) told me that I was going to be offered a contract,” McLaughlin  said about his contract offer from FC Cincinnati General Manager Gerrard Nijkamp.

McLaughlin and the rest of the team are looking forward to the resumption of the 2020 season after COVID-19. The global pandemic halted play back in early March.

“Its tough,” he said. “We have daily workouts that we have to complete. I train by myself on some of the local fields and do lots of running and lifting in my little home gym. I play fortnite with some of the guys on the team to stay in touch! And we have team zoom calls with Coach [Yoann Damet].”