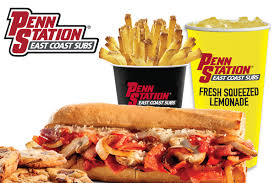 A question that has been going on for as long as the Earth has been spinning: Which is better Penn Station or Subway? Both have great sandwiches, and both are always up on the top restaurants in the city of Cincinnati, no matter what you prefer. I asked people around Elder these questions: “Which is better?”, “What is your favorite sandwich from said place?”, and “What separates it from the other?” These are my results.

I asked Junior Adam Vinel: “If you had to choose between Subway or Penn Station, which one would you go to?” He said, “I prefer Penn Station because I get discounted sandwiches because I work at a Penn Station and I think they genuinely taste better than Subway’s sandwiches.” (Adam wanted this to be as unbiased as possible).

My last question for Mr. Vinel was “What do you think separates Penn Station from Subway?” Adam said “What separates us from Subway is the quality of the sandwiches. The meat is freshly grilled, and the bread is buttered and baked minutes before we use it. And our fries are just on a different level. We make sure our cookies are freshly baked every day and we also squeeze lemons every morning to make our lemonade amazing.”

I interviewed Junior Ty Roever “What do you prefer Subway or Penn Station?” He replied, “Subway without a doubt”. It’s fast service, more options on the toppings, and it’s definitely worth driving for.”

I then followed up with “What is your favorite sandwich from Subway?” He said, “My favorite sandwich is the Meatball Marinara, it is a god tier sandwich and I honestly think I am the only one who orders it.” My final question to Ty was “What separates Subway from Penn Station?” He said, “The service is very fast and very nice, it always smells nice, and it never disappoints me.”

If I had to choose between Penn Station or Subway, I am picking Penn Station 100 times out of 10. My personal favorite sandwich is the chicken teriyaki (bread toasted twice). But we cannot argue that these two sandwich restaurants are on top of the West Side of Cincinnati.