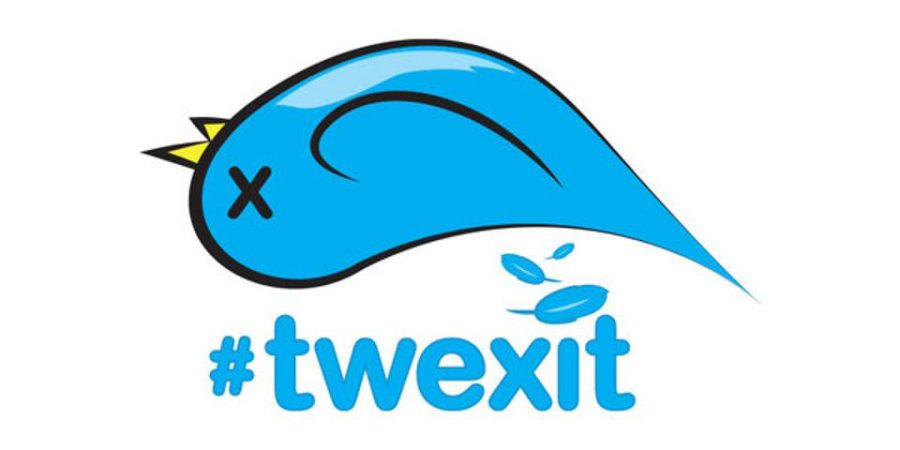 A parody of the phrase "Brexit," Parler started its own hastag, #twexit, to symbolize the movement of Twitter users over to the app.

During this hectic time of Election season and COVID craziness, many social media platforms are filtering out what they believe to be “misinformation.” For this reason, Twitter came under fire last month for the suspected censorship of certain news articles.

After the New York Post released an article that could be characterized as damaging to Joe Biden and his presidential campaign, Twitter took it upon themselves to block the story from appearing on the site. Twitter even went so far as to lock the White House press secretary, Kayleigh McEnany, from being able to access her account after she tweeted out a link to the story on her account.

Accused of violating the First Amendment and silencing conservatives, Twitter founder Jack Dorsey was subpoenaed to testify in front of the Senate Judiciary Committee.

After being grilled in the hearings, Twitter decided to unlock Kayleigh McEnany’s account, as well as to permit the sharing of the article that started this entire mess.

Twitter denies that they suppress conservative voices on their app, but after doing research, Richard Hanania came to the conclusion that Twitter definitely censors conservatives more often than liberals.

Looking at this from a legal perspective, since Twitter is a privately-owned organization, it is technically up to them when it comes to what they want to allow to be said on their platform, even if it clearly favors liberal or left-wing speech. Nevertheless, that does not make the clear bias right.

While it is perfectly within Twitter’s right to censor whatever they choose to, this sets a dangerous precedent, especially if it is biased towards a certain political ideology than another. Suppressing opinions from people you do not agree with sets the precedent that your opinion matters more than theirs and that they do not have the right to speak their mind, which also completely disregards one our basic rights as Americans: the freedom of speech.

Recently, President Trump’s tweets have come under the spotlight in the censorship conversation. If you follow him on Twitter, you have probably noticed that many of his tweets have been labeled as “disputed” or “false.” However, Sohrab Ahmari, a New York Post columnist, points out that clicking on the disputed claim label on the tweet will take you to a CNN headline that apparently disputes the claim.

If Twitter decides to fact-check and dispute claims that they believe are false, they need to make sure that they have credible evidence to back them up. A CNN headline is in no way a trustable source when it comes to backing up a claim about anything, especially something about Trump, since their coverage has been highly biased against the President over the past four years.

This is not the first time Twitter has been accused of censoring conservatives, though. For over a year now, conservatives have alleged that Twitter shadowbans them and blocks them from posting. Due to the seemingly increasing trend of conservatives being silenced and told what they can and cannot say, John Matze decided that he wanted to start a new and unbiased form of social media, Parler.

Parler, an emerging social media platform that has become very popular with Republicans, promises uncensored free speech and gives anybody the ability to speak their mind, without the looming fear of censorship, with its short and sweet app description reading, “Unbiased Social Media.” The app has garnered much attention among conservatives, especially former Secret Service agent turned podcaster, Dan Bongino.

Additionally, because of Twitter being in the news for censorship, Parler’s downloads on the Apple App Store skyrocket. As of this week, Parler is hogging the #1 spot on the Apple App Store Charts for best free apps, topping TikTok, Instagram, YouTube, Facebook, Amazon Shopping, and every other major app that comes to your mind.

If Twitter executives decide that censorship is something that they want to enforce on their platform, then that is their right, simply because they are a private organization. However, with the rising popularity of Parler, promising “Unbiased Social Media,” Twitter need to be prepared to see a mass exodus of their users to the site, especially due to the fact that the majority of Americans now believe that social media platforms censor content on their sites.

I truly believe that Twitter’s future is at stake. If they do not start waking up to the fact that censoring their users is a poor business tactic, they are in for a rude awakening, especially as Parler continues to dominate the App Store and make a name for itself in the social media world.