The Queen’s Gambit is for everyone

Whether you're a grandmaster or don't even know a rook from a pawn, there is something here for you 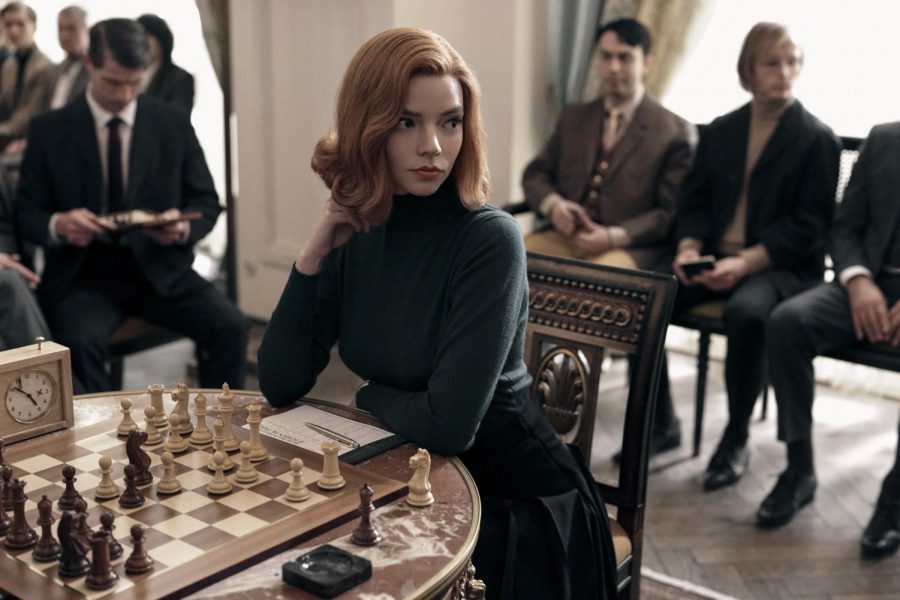 The pandemic boom of streaming originals has given a lot of schlock for us bored masses to forget our national and global troubles to. Some good, a lot bad—yet all fueling that sweet, sweet content machine that keeps this world sane, one original series at a time.

While most of these series come and go, not affecting much outside a small fad of memes and popularity (i.e., Tiger King), one show has not only been providing entertainment but also shooting a shockwave of young people into one of history’s oldest games.

The Queen’s Gambit debuted on Netflix October 23rd, making a bold move and also raising the question: Why would any studio blow millions on a show about chess? However, director Scott Frank, accompanied by the unrivaled talents of Anya Taylor-Joy, shows exactly why in seven incredible episodes.

Based on Walter Telvis’s novel, the show is less of a story about chess but rather a close account of its protagonist, chess prodigy Beth Harmon (Taylor-Joy). Beginning with her admittance into an orphanage after the tragic loss of her mother, the series details her rise to chess stardom, from learning the game in a dusty basement to finally competing in the world championship. More interesting than the games, though, is watching the human side of Beth unfold, as she struggles with loss, misogyny (the male-dominated world of sixties chess is not kind to Beth), and addiction. Here is when The Queen’s Gambit is at its best, building up the audience’s relationship with this woman over each step in her life and culminating in powerful moments of emotion and humanity.

With so much focus on Beth, it follows that her actress has a lot of weight on her shoulders, and Ana Taylor-Joy carries it with such grace and style that it is near impossible to not be captivated. Taylor-Joy is a bit of a sleeper in the acting world with a relatively short and recent filmography— her earliest work dating back to only 2014. However, she is no amateur in The Queen’s Gambit. While carrying her dialogue well, her performance in the little things is what makes Beth Harmon shine, as her subtle facial expressions and gestures during matches capture the mind of a chess master.

Aside from the tremendous acting from Taylor-Joy, the show also pays its dues behind the scenes. Not wanting to butcher the show’s central backdrop, Scott Frank sought advice from chess experts Garry Kasparov (GM) and Bruce Pandolfini. The decision to consult the two paid off tremendously with on-screen matches that are both accurate for chess fans and entertaining for the average layman. Another small detail is the show’s music. As composer Carlos Rafael Rivera explains, “along with her growth, I added more and more instrumentation.” Doing so, the audience can literally hear Beth developing in both chess and life.

So, is The Queen’s Gambit worth the watch? Yes, definitely. The never-ending content machine that is Netflix doesn’t always pump out such incredibly moving, well-produced television—so do not miss this fantastic series. Be warned, though, because you might just get sucked into that wonderful world of chess, along with the 2.3 million new members of chess.com who signed up since the show’s debut.

Just don’t expect to be as good as Beth Harmon.

Watch the trailer for The Queen’s Gambit