A failed bet: What happened to Tommy Weber’s hair?

Why betting on yourself isn't always a good idea. 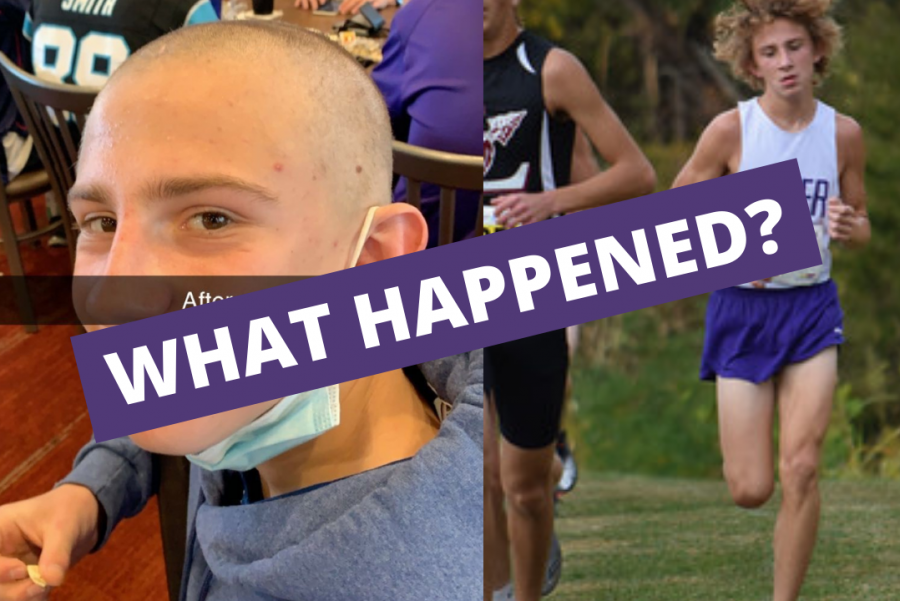 If you can recall from your freshman year English class with Mr. Alig, Mr. Brown, or Mr. Quatman, you may remember the word, “Sophomoric” coming up in your vocabulary book. The word roughly translates to mean, “wise fool.” Wise fool is certainly an accurate description of sophomores in general. They begin to know the ropes and their way around, but still lack the everlasting, and abounding knowledge that a junior or senior has.

Many of you may know sophomore Tommy Weber. Weber is a member of the cross country, and track teams here at Elder. Weber, although a fantastic runner with a bright future, is known to set some pretty lofty goals for himself when it comes to the cross country course.

In a sport where learning to compete not only against others, but yourself as well is crucial to success, setting goals is great…goals you can achieve that is.

It was a brisk September Tuesday afternoon when Weber had wagered that if he could not run a 17:45 by the end of the season, then he would get his head shaved. To truly understand what a monumental occasion this would be, you have to recognize how long Weber had been growing out his hair. He had been growing out his hair for over a year, and it was very apparent. Tommy’s hair became almost synonymous with his name. Whenever someone mentioned Tommy Weber the first thing you pictured in your head was that hair, and if he did not reach his goal it would all be gone.

As the season drew to a close, it was obvious that Tommy began to worry. Tommy had run three consecutive races in the 17:50’s range, very good times, but still not good enough for him to keep those locks of his.

The final regular season meet of the year rolled around. It was Weber’s last chance to keep his hair. With pressure mounting, I could sense that fear, and intense agony that Weber was feeling. Cross Country races are miserable as it is, with the nerves and the realization that you will be running as fast as possible for 3.1 miles. Pile on the fact that you may be losing your hair if you don’t run a certain time, and now things get terrible.

Tommy and I were in the same race that day. Both of us knew that the probability of the Panthers winning the race was slim, so we both set our sights on our individual goals. Throughout the race I could sense Tommy. Even though I could not see him, I knew he was close. As I crossed the finished line I saw the clock read: “17:49” Not my best performance by any means, in fact I was quite disappointed. A mere five seconds later I turned around and saw Tommy Weber come in, this time the clock read: “17:54” The disappointment on my face paled in comparison to his. This was the end of the road for both Tommy, and the hair.

Fast forward a few weeks, and Tommy was pretty much over it. He had come to the realization that his long hair that had been the product of months of unkemptness was finally going to be gone. The date of the cutting, November 14th 2020, shall be a day that lives in infamy.

Once the cut was complete, Weber looked like a new man; like a person that I had never seen in my life. It didn’t help that Luke Gavin, the person cutting Tommy’s hair was not exactly trained in the art of buzz cutting. With splotches of hair uneven, it was safe to say that Tommy had seen better days.

Luckily, the hair grew back quickly and normally and Tommy is well on the road to growing out his iconic poodle-like hair.