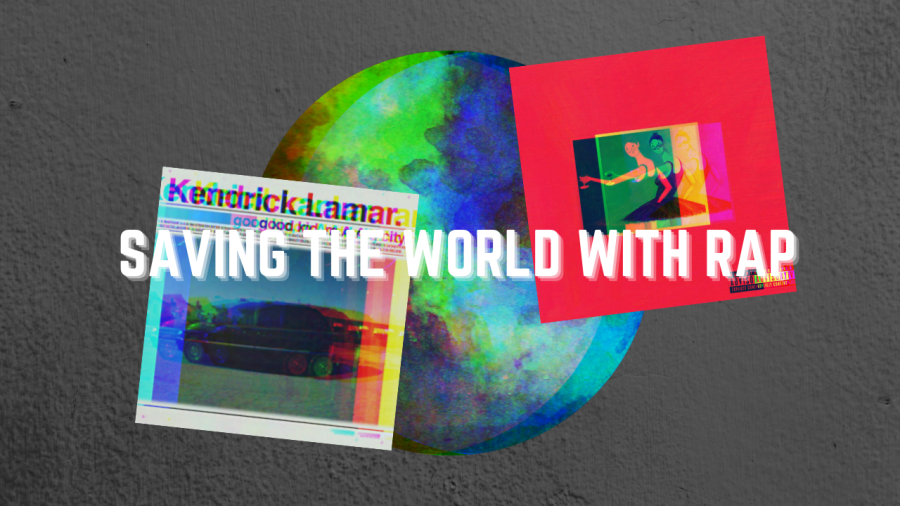 Kendrick Lamar and Kanye West have been combined by DJ Toasty Digital.

Imagine a hypothetical dystopia, where Kanye West has been missing for thirty years. It is speculated that he and his family have fled to outer space. The world is in ruin, and many believe the only hope is to flee to one of Jupiter’s habitable moons, Europa. Only the rich and famous get to go – among them is American rapper Kendrick Lamar.  Kendrick is named “Poet Laureate” of the mission, as he has proven his impeccable poetry abilities through his numerable albums. Kendrick however is old, and because of that, he must be placed into a cryogenic sleep for his long journey to Europa. As he drifts off to sleep, Kendrick lets the sounds of Good Kid Twisted Fantasy accompany him on his 500 million mile journey away from Earth.

The mashup album features songs from both MBDTF, and Good Kid, MAAD City. Both albums are commonly exalted as the two most defining rap albums to come out of the 2010s. When asked why he chose to combine these two albums, Toasty said, “These are just two of my favorite albums, they both came out around the time that I really got into making music, so naturally I was inclined to combine the two.”

Another reason the Good Kid Twisted Fantasy album is so unique is because Kendrick Lamar and Kanye don’t work much together in real life. Toasty Digital has amassed quite the following, racking up over 55 thousand subscribers on YouTube. Toasty however, does not do it for the clout, or the money though…

“I think climate change is a real issue, and even though we are trying to do stuff about it, I just don’t think it is enough.” The fight against climate change was the impetus for toasty releasing Good Kid Twisted Fantasy, and his previous project, Kanye 2049. Both albums feature very grim backstories about what the world could look like if we don’t work harder to curtail the effect of climate change. “I think I’ve finally found the balance between two things that I am really passionate about-making music- and climate change,” said Toasty.

Toasty Digital is not a full time producer though, he works a day job as a technical engineer. “I am fully self-taught,” he remarked. “If I can say anything, it would just be that if you are really passionate about something, then just work for it, and you’ll get to where you want to be eventually.”

Toasty Digital does not plan on slowing down anytime soon. He hopes to take his work to the live club setting once the pandemic is over. “ Ultimately, my goal with this is to just reach as many people as possible, and If someone from Kanye or Kendrick’s team gets a hold of it, well that would be amazing.”

Toasty Digital plans to release a Kanye West and Frank Ocean mashup later on this year, possibly this summer.