A new voice for Other Voices 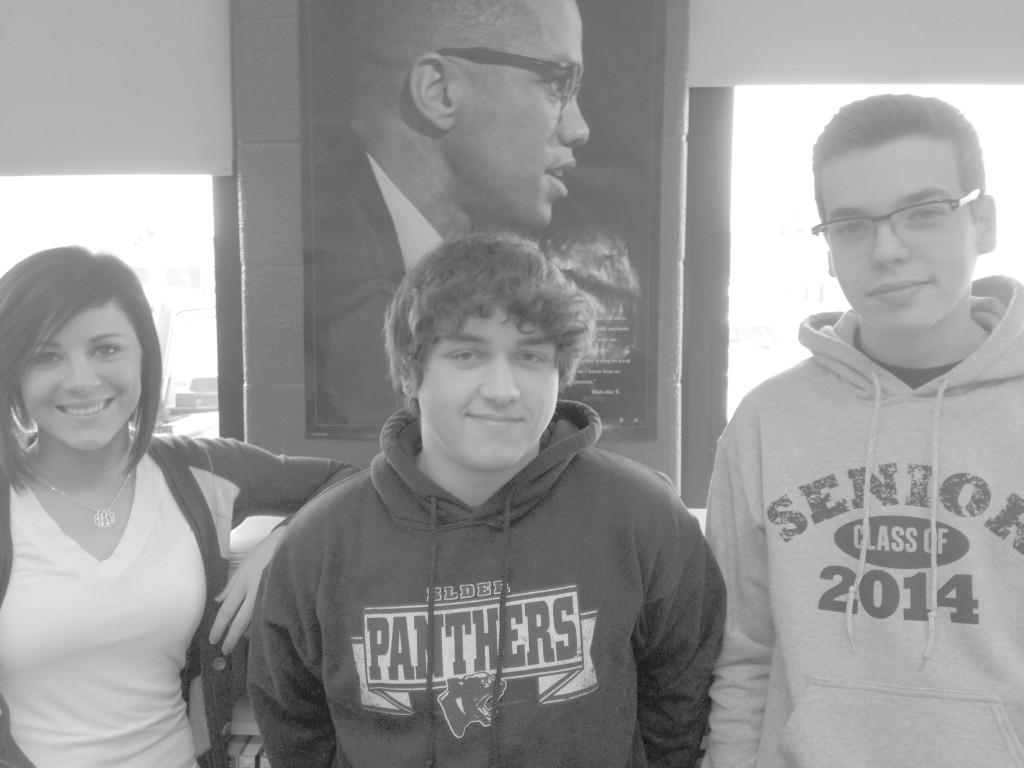 Upon receiving a chart from their guidance counselors sophomore year, Panthers are granted access to over half of the school’s electives for the first time in their careers. These newly available courses are used by Panthers to significantly personalize their curriculums. However, among the various alternatives, one particular elective challenges it’s electors to address their philosophy more than any other.

Other Voices of American Literature is anything but your ordinary English class. Incorporating the in-depth study of figures such as the Central Park Five, Fredrick Douglas, Malcom X, and Maya Angelo; it takes a certain skillset to navigate the obstacles of teaching this course.

That skillset, which was previously exemplified by the legendary Jason Ahlers before his departure to teach at St. X, is now prominent in one of the faculty’s newer members: Mrs. Brandel.

Sitting down with the third-year English instructor, it became obvious why she had been given responsibility for such an extensively intellectual and introverted course.

I began our interview by asking how she initially felt about receiving the class.

“I was extremely excited to preserve the sanctity of the class which Jason had established,” she said before also remarking on her passion for the topics and lessons discussed.

Being a close acquaintance of Mr. Ahlers’; she knew, very well, the significance of the legacy she was continuing. So when asked if she was at all intimidated she replied, “Oh definitely, we spent a lot of time over the summer preparing for it.”

She went on to tell me about the challenges of the course from a teacher’s standpoint.

“I had to build the lesson plans from the ground up,” she said. “Jason gave me the books and themes but I had to do the rest.”

She put a lot of emphasis on keeping the class relatable as well as putting her own stamp on it.

To conclude our talk, she remarked what she enjoyed most about teaching the subject.

“I feel like that class has so much soul. I really enjoyed seeing students’ eyes opening to perspectives from outside a normal classroom,” said Brandel.

After meeting with the course’s teacher, I then caught up with seniors Tom Brunner and Austin Porta who had taken the class last semester.

“I originally signed up for it because of Mr. Ahlers,” Brunner confessed; admitting that Mr. Ahlers’ advertisement of the elective had ultimately won him over. Brunner said that he was unsure of how well Mrs. Brandel would be able to handle taking over the class.

“But within the first few days I knew it would be a good class,” he assured.

Porta, on the other hand, stumbled into Mrs. Brandel’s fifth period when he dropped AP Chemistry from his schedule. None the less he entered with an open mind and was pleasantly surprised.

At first, Porta said, the participation wasn’t as prevalent in the discussions.

“I don’t think most kids in the class were really ready to express their own opinions,” said Porta.

However, both Panthers unanimously agreed that the class picked up.

They noted that the lesson plans, which Mrs. Brandel had worked so hard on preparing, were a definite strong point of the course. Porta was convinced that the discussions and content she presented altered his perspective on American literature.

“Mrs. Brandel will go back and forth with you on the topic at hand. She really makes you think about it to develop your own opinion,” Porta said.

The two seniors concluded that they would strongly recommend the class to up and coming Panthers.

With the first semester having passed, it is clear that Mrs. Brandel has picked up right where her predecessor left off. So if you are a Panther with an open mind and a desire to explore some more introspective writing; do not hesitate to spend a semester in Other Voices of American Literature.