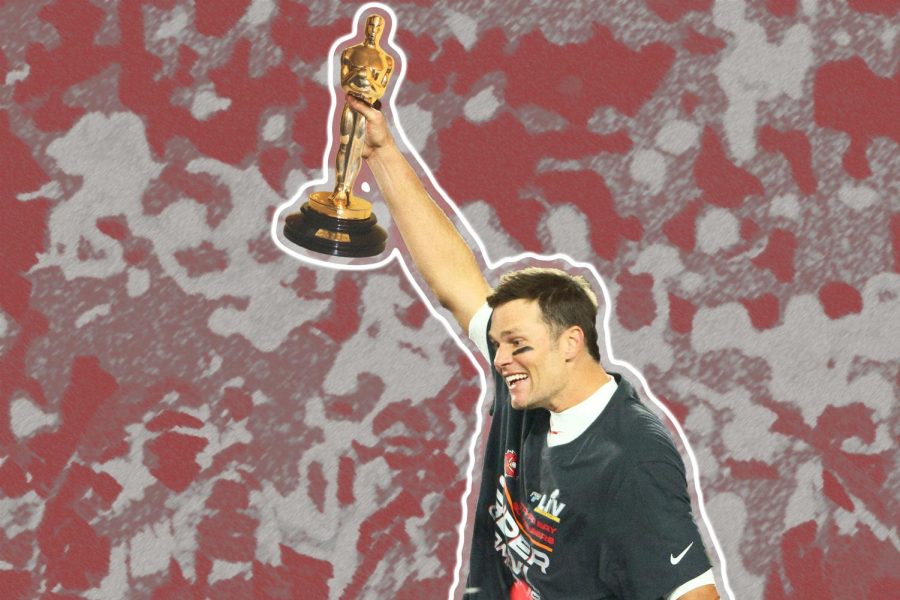 Tom Brady seems to be enjoying retirement so far.

Since he has cemented himself as the greatest football player of all time, his opportunities going into his retirement are endless. Although his career as a player is over, he will not be completely ditching football. Fans have speculated that he will start coaching or broadcasting.

Personally, I would love to see Brady alongside Peyton and Eli Manning on Monday nights. While these are possibilities for the next few years, Brady will play himself in the new movie 80 for Brady.

This film, directed by Kyle Marvin, is set to star Tom brady alongside Jane Fonda, Sally Field, Lily Tomlin, and Rita Moreno. The Hollywood Reporter called this film “The collab you never expected.” Inspired by a true story, 80 for Brady, a “road trip comedy” follows four New England Patriots fans on a trip to see them play in Super Bowl 51. This game was of course one of the most legendary NFL games of all time, when the Patriots overcame a 28-3 deficit against the Atlanta Falcons.

Tom Brady will also be producing this movie with his production company, 199 Productions. Of course, this will not be his first time working with production and acting. He has previously been involved with Family Guy, The Simpsons, and Ted 2, which were all very entertaining.

Since Brady is open to being in movies and TV shows, it opens up a world of options for what he could do in the future. He been a guest star on several shows and has appeared in several movies, but I wonder if he would be interested in having his own TV show.

With his extensive football knowledge, I think Brady would be a great person to have his own talk show similar to The Pat McAfee Show. Brady could also convince Julian Edelman, his long-time teammate with the Patriots, to co-host with him. This would be very entertaining because Brady probably has so many stories to tell from being in the league for over 20 years.

If Rob Gronkowski also ends up retiring, he would also be another perfect candidate to join Brady. Gronk and Brady are already a great comedic duo, which is something they could continue in the future. Brady will also likely continue to work in commercials, and probably guest starring on TV.

I’m sure Brady will be making plenty of money from 80 for Brady, as well as any other types of media that he works with in the years to come. Even with his football career ending, another life for Brady is beginning.