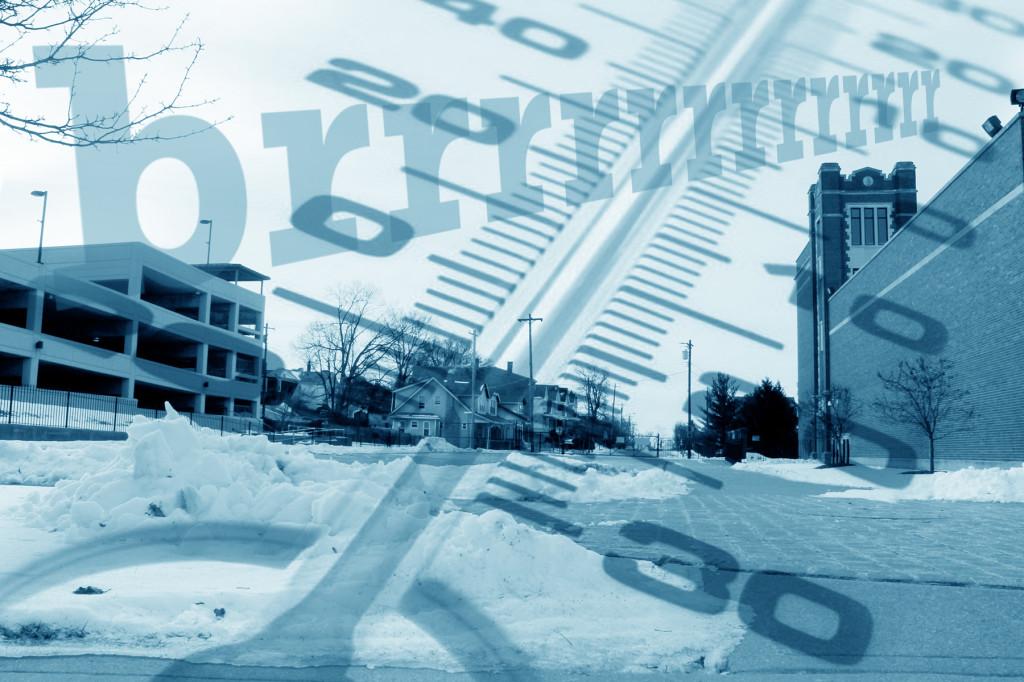 In the past month, we’ve seen a blizzard of cold temperatures and heavy snowfall. This inclement weather is breaking Cincinnati records and keeping students out of school.

On January 8th, we had a record low of negative eight degrees. Frank Marzullo, a meteorologist on Fox 19, recently said that the tri-state area has received 27.5 inches of snow in January (as of January 23rd), which is five more inches than our average amount of snow for the whole winter season.

Elder has had seven snowdays so far, with five of them coming in January. Two of these January snowdays were the cause of extremely cold temperatures, which helped to extend Christmas break by four days and push back first semester exams for another week.

When asked about the decision to move exams back, Mr. Ruffing said, “We wanted to keep the amount of days in the first semester the same as the second semester. We just had to notify the teachers of this change and make sure that everyone was on the same page.”

Don’t expect any more snowdays, though. Oak Hills School District has used all five of their state-given calamity days, and with controversial decisions to have school through the latest bout of negative temperatures, there will not be many more opportunities.

Fortunately, Elder has three extra days of school built into the schedule, and we don’t have to make up extra days. If we were to have another snowday, the first day to be added back to the schedule would be Presidents’ Day. Ohio Governor John Kasich is working on a bill that would give all Ohio schools two extra calamity days, which would save Elder from rescheduling school.

Seniors may be the biggest benefactors from the weather. Because of a set graduation date, they will not have to make up any days that are rescheduled after May 23rd. This may not happen, but it’s interesting to see the possibilities coming from these snowdays.

The weather has cancelled many extracurricular activities as well, including the trip to Washington, D.C. for the March For Life. With the snow piling up both here and in our nation’s capital, the Archdiocese of Cincinnati decided not to send its groups. 22 Elder students were scheduled to go to D.C.

Brandon West, a senior, was one of those students. “I was shocked to find out that that trip got cancelled,” he said. “I could not believe it. I did not think the roads, especially the highways, were in bad condition. I later became upset: I had been looking forward to going back to Washington D.C. I had a awesome experience last year on this trip. Since this was the last opportunity I had to go with Elder, I wanted to make it a memorable one. I will never get to do that now, but we have to live with tough choices. I understand that the Archdiocese wanted to make sure we were safe, but I heard from one of my friends that had arrived a day earlier that the weather did not present any problems.”

Another downside to the snow is the terrible shape that many West Side roads are in. Some streets have formed large potholes. Others have black ice, causing drivers to swerve and spin out at times.

This snow is affecting our townships and the City of Cincinnati as well. Since the weather has been near or below freezing all month, road crews have been using copious amounts of salt to keep our streets from completely freezing over. These townships have had to buy more salt than usual, and the extra costs are hurting their budgets, which could lead to cuts on various social programs.

The extreme cold has been a burden on everyone. With highs in the single digits, cars have been much harder to start, and doors are frozen shut. On January 22nd, AAA reported that they had over 1,000 calls on that day to help members with broken-down cars, frozen doors, and bad batteries.

This inclement weather has broken records, gotten us out of school, cancelled extracurriculars, and frozen Cincinnati’s bones. Hopefully we can warm up sometime soon.