The Cincinnati Cyclones offer cheap entertainment along with winning, something Cincinnati could use 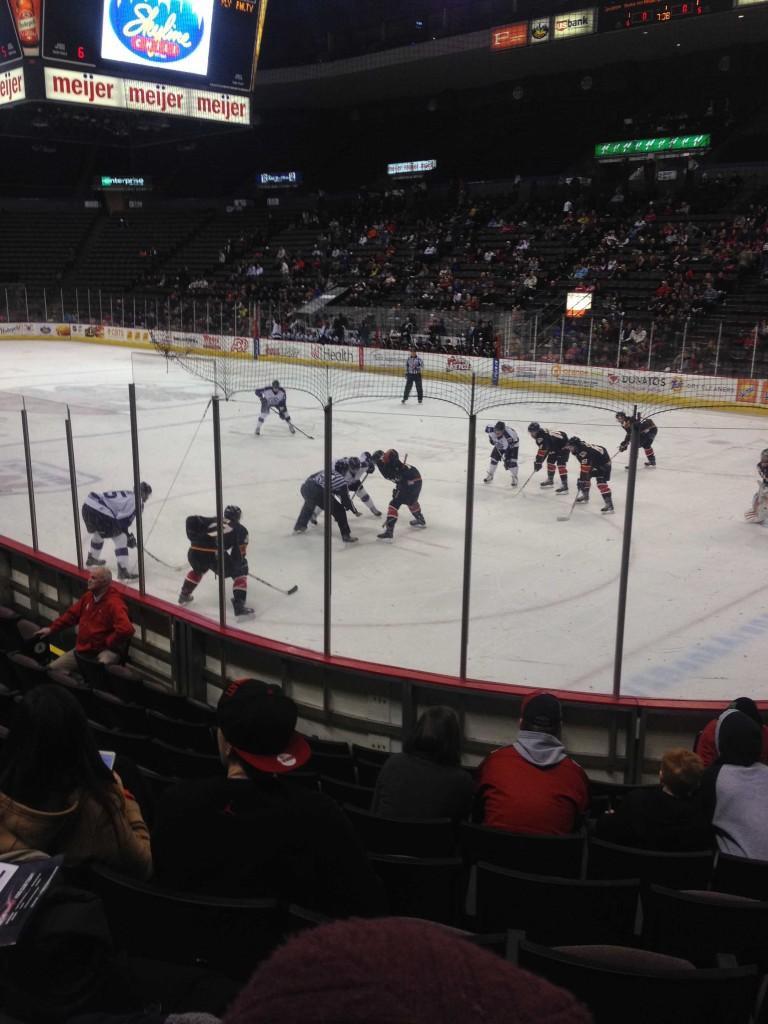 When the temperature drops and the Bengals inevitably lose the first game in the playoffs, teenagers, young adults and rednecks alike make their way downtown to watch the local minor league hockey team the Cyclones take on their opponents.

The Cyclones play in the East Coast Hockey League or the ECHL, which is the equivalent to Double A minor league baseball to the MLB. They are involved with two NHL teams and two AHL teams; from the NHL, the Nashville Predators and the Florida Panthers, from the AHL, the San Antonio Rampage and the Milwaukee Admirals. At any time, any player can be brought up to the big leagues.

The reasons the Cyclones are so popular among the younger community is because the tickets range from $8-$13 a game and their promotional nights. Throughout the year they have different promotions for their games, from “Prom Night” to “I Love 90’s Night” to their most popular – “dollar night”. This includes dollar Domino’s pizza slices, hot dogs, and everyone’s favorite beverage – beers.

High school along with college students make their way down to U.S. Bank Arena to dollar beer night.

“[Dollar beer night] Helps me cope with my slight case of alcoholism in this tough economy,” one drunk UC fraternity member jokingly told me.

Now the Cyclones aren’t just some ragtag team in the league. They’re the real deal as far as a farm team can go. In 2008 and 2010 they won the Kelly Cup, their Stanley Cup, along with two conference championships in those same years. Lately, they’ve excelled in their division but ultimately not going much farther by taking  the division championship three out of the five past seasons. The Cyclones are actually the most decorated sports team in Cincinnati. This season they are currently first in their North division with a 26-13-1 record.

The atmosphere of the U.S. Bank Arena during the games is intense. After every goal they score they play a song and after the fans shout “YOU SUCK” towards the opposing team, and if the ‘Clones score five goals, the fans can go to their local Hot Head Burrito, which are mostly located in West Chester, and use their ticket for a free burrito.

“They have a rowdy atmosphere but sometimes the refs break up the fights which kind of sucks but overall I enjoy going to the games. (You) can’t beat the price,” senior Lee Lutz said.

I couldn’t name one player on the Cyclones team. Frankly, I don’t care much, most of the time I go into the games hoping I see three or four fights, which is a high probability, amongst the players. In today’s world it’s hard to find such great entertainment at such a fair price and that’s what the Cyclones provide.