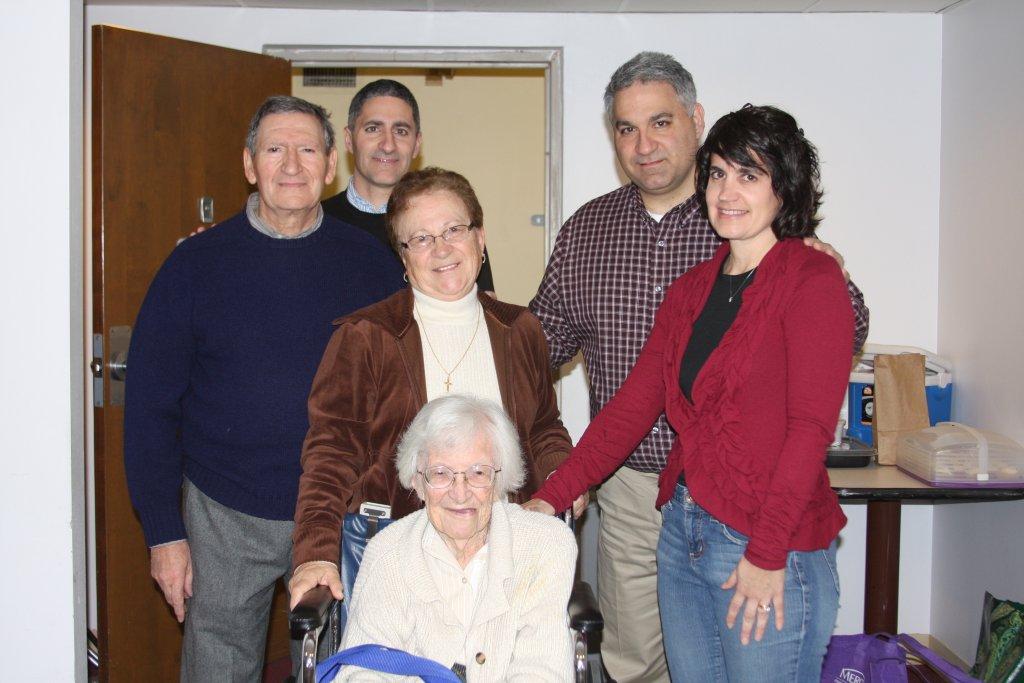 It has been a long time since Elder High School has accommodated both men and women under the same roof. The last coed graduating class of Elder was in 1927. That year was not only significant for the history of Elder, but also for former student, Sophia Auberger, who was a proud and active member of the Elder community.  Sophia was a member of the historic 1927 graduating class and was the oldest living alumni of Elder until she passed away at the tremendous age of 106 on January 29, 2014.

Sophia was prominently looked up to by her peers and had a reputation for being a very kind and giving person. Mr. Toby Heile, a close friend of Sophia’s and the Director of Planned Giving at Elder, had many positive things to say about her.

“She was an exceptional woman,” he said. “She was the most active of all female grads.”

Mr. Heile met Sophia in the 1970s during the 50th Anniversary festivities and continued to see her at many Elder events in the future.

“I always referred to her as a ring leader when she helped us out with the Anniversary Committee,” said Mr. Heile. “She would do anything we asked.”

Although it has been a very long time since she attended high school, she still keeps memories of her days at Elder.

“She had perfect memories of her days at Elder,” said Mr. Bill, who met Mrs. Auberger at her 104th birthday party.

Sophia’s hard work and dedication towards the Elder Community was commemorated in 1992 at the Honors banquet when she won the highly touted Altiora award. She donated a lot, financially and physically, to the Elder Community and even created a permanent scholarship in memory of her husband, Frank, who died suddenly in 1970.

Despite her death, the legacy of Sophia will live on forever in our memories and through the actions of all of the people she has blessed with her presence. She exemplifies everything that the schools attempts to instill on students today. Sophia Auberger showed us what it means to strive for the higher things, or Altiora.