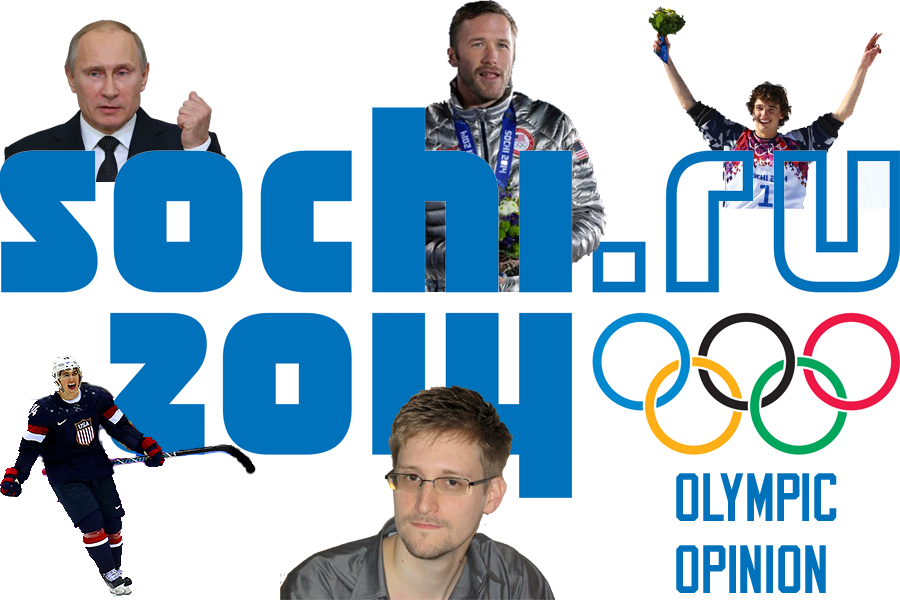 The 2014 Winter Olympics in Sochi, Russia have been anything but ordinary. From temperatures in the mid-50s to different mishaps in preparation for the Games, there has been a noticeable difference since day one in this small city on the Black Sea.

Sochi is not an ideal place to host the Olympics. Only 343,000 live there currently, as opposed to Moscow, the Russian capital which has a population of 11.5 million. Sochi is also in the southern part of Russia, which has been unseasonably warm during these winter games, with an average temperature of 50 degrees. The Russian Olympic Committee had to prepare extra snow for skiing and snowboarding events just in case the snow started to melt.

The Olympics have gone very well, as there have been no attacks or security breaches that were rumored to happen during these two weeks. NBC, official TV channel for the Olympics in the U.S., has been portraying Russia in a very positive light, and wants to show us how much the Eurasian country has changed from its Soviet days. The new stadiums built for Sochi are very beautiful, and hosting the games will help the Russian economy greatly.

The network has been hurt by the conditions, though, as Bob Costas, a key sports announcer for NBC, contracted pink eye by splashing sink water in his face while preparing for a broadcast. Matt Lauer, who hosts NBC’s Today show, filled in during Costas’ absence.

There have also been some great moments for the Americans. T.J. Oshie helped the Americans to a shootout win over the Russians in hockey, earning him the nickname “T.J. Sochi.” Nick Goepper, a Lawrenceburg High School and Perfect North Slopes product, won bronze in men’s slopestyle skiing. Also, Bode Miller won bronze in a year where he lost his brother and was blamed for losing other medals in other events.

I’ve been opposed to watching anything but ice hockey in these Olympics, though, because I see Sochi as propaganda for Vladimir Putin, Russia’s president. An ex-KGB agent, Putin has ruled Russia for fourteen years, and it looks like he won’t be giving up power anytime soon.

Putin is an enemy to the United States of America, as he has never agreed with us and allied his country with Iran, one of our top opponents. He also is giving Edward Snowden asylum. Snowden, a former National Security Agency contractor, is wanted by the American government for espionage after he released incriminating documents about the NSA’s actions, which include listening in on millions of cell phone calls.

The Ruski president has been made into a hero in his homeland, where there are many different products and songs made about him. He is far from a hero, though, as his administration has been called into question several times, including on the issue of Bill Browder, an American businessman who wanted to strike it rich in post-Soviet Russia. Browder recently talked about his trials on 60 Minutes.

Browder owns Hermitage Capital Management, an investment fund focused on helping Russians get back on their feet in the new era. His business was highly successful from 1996-2006, when he reportedly made more than $430 million. In 2006, Browder was denied entry to the country and was wanted for tax evasion, and the government stole documents from his offices in Russia, seizing companies and other assets with the aid of corrupt law enforcement and judges.

The new people who were charged with running his company applied for a $230 million tax credit from the Russian government, which they were given on Christmas Eve 2007. They stole this money and then drove his companies into the ground. When Browder hired a Russian lawyer, Sergei Magnitsky, in 2008, he was later arrested for tax evasion and had his home ransacked by the police. After eleven months of being moved to different prisons and tortured into talking about Browder. He died on November 16, 2009, eight days before he was to be released because he hadn’t even had a trial yet. His death was claimed to be caused by a heart attack, but members of the Moscow Helsinki Group claim that his death was from being beaten and tortured by several officers of the Russian Ministry of Interior.

Both men were tried by the Russian government for tax evasion, although they were absent from the trial, in July. Browder was actually convicted without his presence or a lawyer to represent him, and attempts by Russia’s Ministry of Interior to find and capture him were blocked by Interpol, who claimed the case to be “predominantly political.”

Because of Putin’s corrupt government and protection of Snowden, I did not watch the Olympics. I didn’t want to watch events being held in a country that was trying to cover up everything that is wrong about it. I don’t agree with Russia, and although they aren’t as bad as when they were the Soviet Union, they still remain enemies to the United States.