An icon immortalized in stone 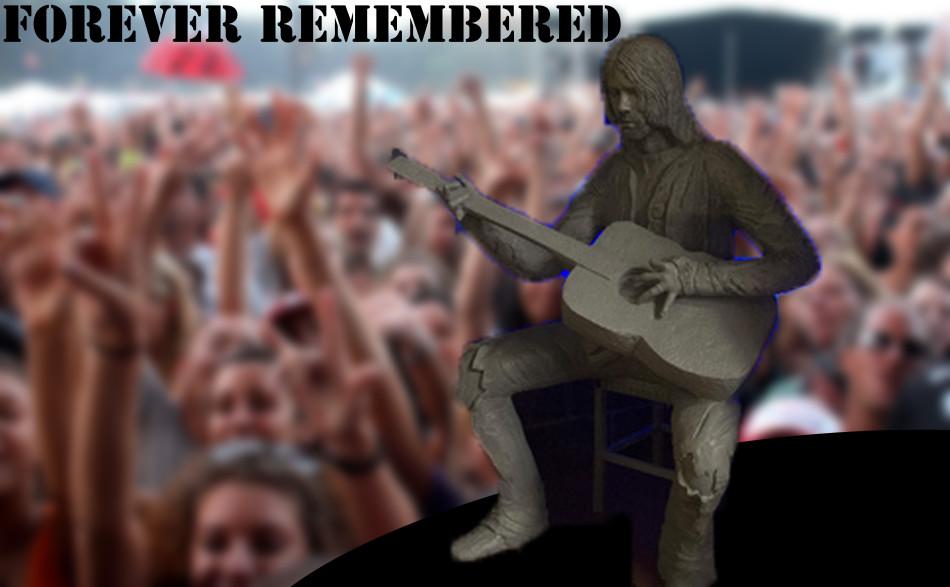 Kurt Cobain has been considered a music icon for quite some time due to his contributions to music and his inspirational quotations people have come to treasure throughout the years.

For those of you who aren’t familiar with Kurt Cobain, he was the frontman for the 1990’s grunge band, Nirvana. Along his trip to stardom, he wanted to inspire teenagers with the thoughts that being an individual is the greatest achievement possible.

Kurt’s messages of individuality struck a chord in many of the teenagers throughout America, allowing them to realize that conforming doesn’t always generate acceptance. His message was one of self-acceptance: to find happiness through your own perceptions.

Twenty years ago from this coming April 5th, Kurt Cobain committed suicide; however, Kurt Cobain Day in his hometown of Aberdeen, Washington was set to be on his birthday: February 20th.

Because of Cobain’s fame from such a modest beginning, his hometown of Aberdeen (a small town in Washington) has declared February 20th as Kurt Cobain Day. Mayor of Aberdeen, Bill Simpson said in an interview with USA Today “We have been remiss for a long time of not honoring him.” But given his reactions to the turnout, he was glad this year they were able to honor a local celebrity.

According to Erin Hart of Aberdeen’s local newspaper, the day officially started when “a guitar was played and then lit on fire on the sidewalk in front of the museum for the cameras by Joe Ty of the band Black Top Demon.”

The day was filled with people who went to remember Kurt, sing happy birthday in his honor, or the few people who just wanted to dance to the music played throughout the day.

Warren Mason, Cobain’s former mentor, was scheduled to speak at the statue dedication in front of the museum for the masses. Rather than talking about Kurt’s life, he decided to pick up a guitar and play for the crowd the way he taught Kurt.

Along with this recognition, the town also dedicated a statue in his honor. The statue is of Cobain sitting in a chair with an acoustic guitar on his lap, but the strange part; the statue features a tear rolling down Cobain’s cheek.

Not only was the hero remembered for his musical contributions, but for the inspiration many people respect him for being. Though many people will forget Kurt Cobain throughout the years, the impact he had on music will echo forever with a resounding boom throughout all of the industry.