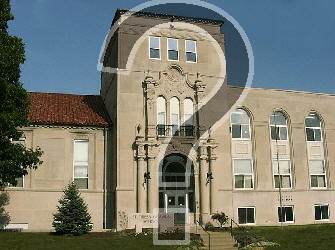 On Monday, January 24, St. Teresa School in West Price Hill was surprised to find a slip of paper taped on the main doorway of the building.  The note that was found contained threats against the school and the students and St. Teresa was put in a state of emergency. For about a week, none of the students or teachers went outside during school hours.

The police were called shortly after the note was found and some people including Mrs. Sharon Wilmes, the principal at St. Teresa, were surprisingly underwhelmed with their response to the situation.

“The police showed up probably about an hour later, after we reported it, and did not tell us to go into lockdown. They recommended we keep the kids in for recess,” Willmes said during an interview with WCPO’s Bryce Ansliner. “They thought it was a prank.”

While the news was already unsettling by itself, more discomfort was felt once the staff of St. Teresa realized that this was not the first time this kind of threat had been received by a local school. Just a few weeks ago, the neighboring Covedale Middle School received a similar threat that was spray painted on an outside wall of the building.Both of these messages included satanic symbols and harsh threats toward the students of both schools.

The anti-climactic conclusion of this “rein of terror” came when police discovered that the culprit was a teenage boy who lives in the areas of the two schools. All of the commotion was caused by a naive prank.

Despite the end of the outrageous ordeal that took place through the schools of Price Hill, many questions arose from the matter wondering if the security precautions taken by the officers were sincere enough. Although Mrs. Wilmes and many other faculty members were fine with the actions taken by the Police, many people, including parents, are still worrying if what they did was enough.

“That probably made me feel more uncomfortable than the situation itself,” said an anonymous parent of a St. Teresa student. “What if one day we receive a real threat and the police think it’s just a prank again?”

Everyone is safe, the note was just a prank. But what if one day a school gets a legitimate threat? These questions hopefully never become a reality, but they will still linger in the minds of those who were affected by its dire purpose.