Filled with experience, the Panthers look to improve from last year 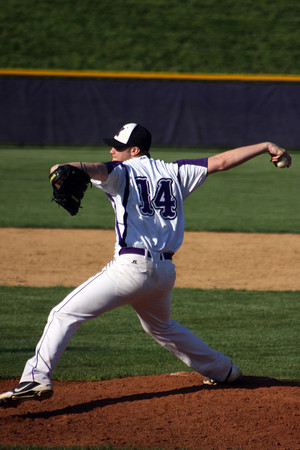 As the grandstand at PAC rapidly approaches its finishing touches, Elder baseball brushes off the home plate as the season comes into sight.

With a barely winning season last year of 14-12, they know this season could be much better.

“I think we have improved,” senior and captain Johnny Lammers said. “We have lots of returning starters with experience.”

They have been hitting, conditioning and lifting since September.

“Yeah we have been working,” Lammers went on to say. “We had some guys who played summer ball. The guys who played football or basketball got right into after their season ended. I’m excited to see what we got.”

“Chemistry will be a big part of our game,” said Lammers. “We have to be able to support each other, and with this group of guys that shouldn’t be a problem.”

Hitting will be the most important attribute of their game said senior Drew Paolercio.

Kyle Orloff will be leading the way with that part of the game as he is coming off a batting average of .354 with 11 RBI and nine doubles last season.

Last year, the Panthers ran into some trouble with pitching when Joe Ramstetter and Mitch Asman, the expected aces, fell to injury. Senior Austin Koch and junior Shane Smith had a good season last year as they picked up the slack and with their experience they should be ready to contribute even more this season.

The Panthers have talent that will go onto play at the next level. Seniors that have already signed to play in college are Tyler Dugan, who has signed for Thomas More College, Brian Guck who is going to Adrian College, and Kyle Kopenhoeffer who has accepted a walk-on spot to the University of Cincinnati. Division One schools have already shown significant interest in juniors Kyle Orloff, Sam Hauer and Shane Smith. Smith has also spent time playing on Team USA.

Unfortunately the Jack Adam Stadium was not completely finished for the season opener against Tallmadge. The exterior building will be done, but the 100 purple seats and the benches that seat the other 400 fans will not be complete by the game against by April 4th for the game against Kaneland (IL).

Behind equipment manager Erik Bill and the completion of the newest feature of the Panther Athletic Complex coming up, the Panthers look to improve from last year and have a successful season just like football and basketball.