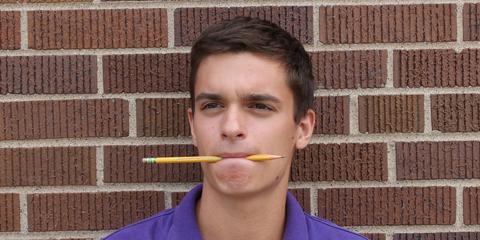 As you must certainly know, Chris Henkel’s article “Stupidity prevails: a new tradition” has created quite a stir among the Elder High School student body over the past two days. Upon reading his opinion article, I have taken a position against it.

Before I go into the cons, I will say that the first three paragraphs were of worth. Like Chris, I was appalled by the caustic comments made by some Elder students in regards to the Fox 19 High School Hysteria contest. This also pertains to past comments made by some students on social media surrounding our rivalries with Oak Hills, St. Xavier, LaSalle, and Moeller. Comments of an over-the-top and offensive nature show not Elder at its best, but at its worst. We all have to keep in mind that school pride is different from snobbery. Because we do not like being slandered by schools such as Oak Hills, character assassinations of other schools are likewise very hypocritical. After the beginning of the article, it went downhill from there.

While some students’ words and actions on social media have gone overboard in the past, I have the opinion that Chris’s article went overboard. From an overall perspective, Mr. Henkel gave the impression that Elder’s traditions are drinking, dipping, and slandering other schools. However, Chris never stated how such immoral actions tarnish Elder’s good name. In fact, he never mentioned even one good thing about Elder High School.

“Post 12th grade, still clad with the same old jerseys that are on the fence of being way too small—it may be time to grow up. But many never do. The favorite beverage among these never-graduates can be classified as dirty brown water trash, and the pretentious rage that takes place on the weekends paves the path for a lifetime of obliviousness, and poor liver function.”

This excerpt is a blatant slap in the face to those graduates who still proudly wear their purple. Elder’s pride is 50% based on how students live during their Elder career, and 50% based on the ties its thousands of alumni maintain after they graduate from Elder. The nationally recognized Pit can seat 10,000 people, and alumni wearing Elder gear help fill a large portion of that space. It is because of donations from these alumni that many of us are able to attend Elder.

“They want you to think that its tradition; and you love to believe it. The focus that this whole city has on varsity sports shows the complacency and close-mindedness of humanity as a whole.”

Along with the Reds, Skyline Chili, Empress Chili, LaRosa’s, and many other jewels, high school spirit is part of what makes Cincinnati great. Obviously, Chris seems to think otherwise. To him, we’re too “close-minded”, but to us, maybe he just needs to chill out and get off his high horse. He doesn’t need to insult the Greater Cincinnati area because many of us actually care about our high schools.

Those were just a few of the points that got a large part, if not a majority, of the Elder student body fired up. While there is such a thing as journalistic freedom, there are also journalist standards.

Not only is this letter a critique of Chris’s article, it is also a letter of resignation, as I hereby resign from my position as News Editor. I now wish to be lowered to the status of “Staff Writer”. I will not even stand to be on the same board of editors as Chris Henkel and I am willing to give up my position and title for the sake of showing solidarity with the students and alumni whom this article insults. This is my act of protest. Action must be taken, and a formal apology given.