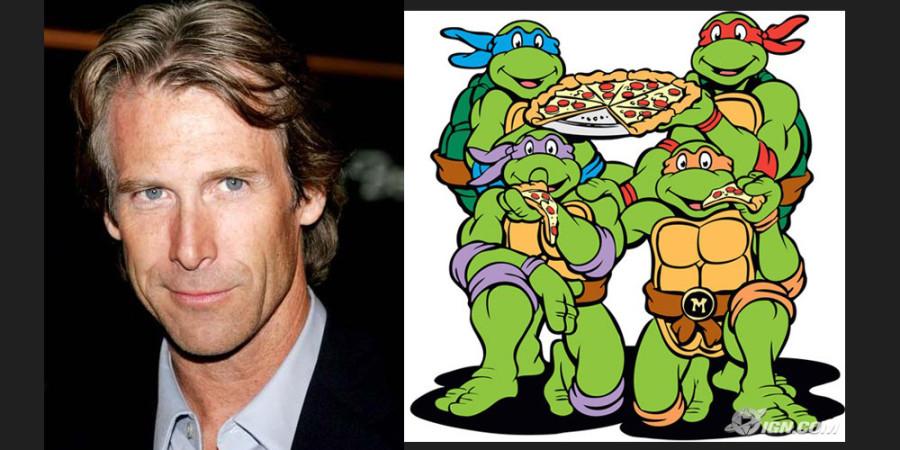 Ever since its foundation in 1984, the Teenage Mutant Ninja Turtles have been a distinctive, but prominent figure in the comic book community. Although the original comic books were much darker than the characters that have evolved today, the majority of the Turtle’s underlying fan base consisted of young children from the late eighties and early nineties when the first animated series based off of the characters skyrocketed in popularity along with the toys that were created to promote the show.

The Turtles creates a strong sense of nostalgia for adults who grew up in the early 80s and 90s, and the characteristics and story lines that fans love from the lovable heroes in a half-shell will be challenged this August with a new film produced by Michael Bay that depicts the story in a whole new way.

Originally, Producer Michael Bay, known for his most recent work in the Transformers movie franchise, was going to take the Turtles in a direction that they have never been before. The Teenage Mutant Ninja Turtles movie would feature four brothers who are not turtles, but aliens.

“These turtles are from an alien race, and they are going to be tough, edgy, funny and completely loveable,” said Bay in a press conference for the movie.

The recent trailer of the movie is evidence that they have rightfully changed their minds about the ambiguous changes that they planned on bringing to the storied franchise. The finished product now acts as a unique origin story for the characters. While the characters are now true to their amphibian form, the original origin is very different than the one that will be in the film. The first trailer they have released shows the Turtle’s being created on purpose by their most hated advisory, the Shredder, but originally they were created by toxic ooze that was accidentally spilled on the turtles and their caretaker, the rat master of ninjitsu, Splinter.

The most popular first impression that people have of this film are very negative. The majority of the fans of this new rendition experienced the golden age of the Ninja Turtles in the 90s and are very critical of the first impressions of the film from the trailer.

“When you see this movie, kids are going to believe one day these turtles actually do exist when we are done with this movie,” said Bay.

The key word in this quote is “kids”. Although many people would love this movie to be a nostalgic journey back to their days as a kid, it won’t be. This movie is produced by Nickelodeon studios. This isn’t a studio that puts out serious movies on a consistent basis. It’s no secret that the majority of the shows and movies that Nickelodeon produces are geared towards young audiences. Children of the 1990s will probably be disappointed with this movie, but that’s ok because this is a movie that isn’t geared towards men and women in their mid to late twenties, but for children who can enjoy the simple pleasures of teenage turtle’s fighting ninja’s.

The Teenage Mutant Ninja Turtles are seemingly ridiculous, but that is just what makes them so lovable. The Turtles make for an outstanding children’s adventure and are most likely to be enjoyed by them.