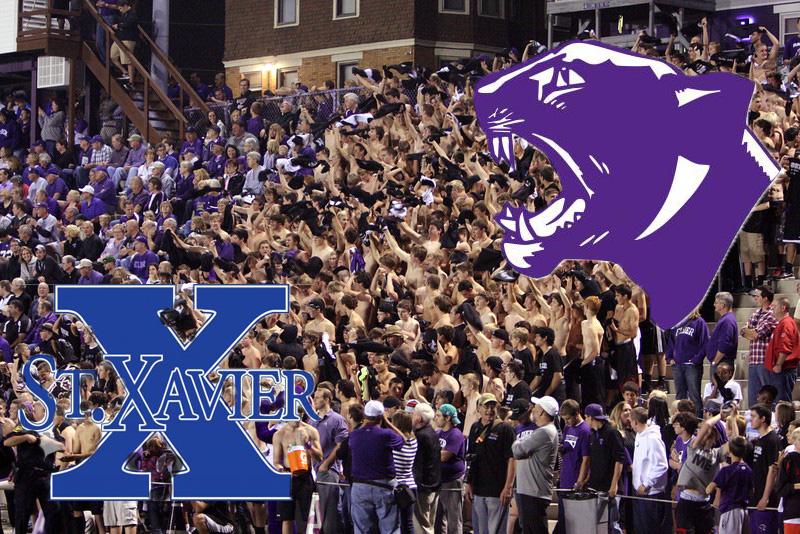 Elder and St. Xavier square off Friday Night in The Pit.

Once the final bell sounds on Friday, chaos will fill the school. It has come upon us. Our Elder Panthers (4-1) take on the St. Xavier Bombers (3-2). Elder has had a great year up to this point, the high point being beating number one team in the nation; Lakewood St. Edwards. St. Xavier has taken two tough losses by a combined total of nine points. The Bombers nonetheless are still a very tough team and always give us a tough game in The Pit and I don’t expect anything different this Friday. This rivalry has decided who wins the GCL, who lives on to play the following weekend in Nippert Stadium. Formers players have seen the revolution of a rivalry. Rob Florian the quarterback from the 2002-2003 back to back State Championship teams had some interesting viewpoints on the rivalry.

“Elder vs. St. X has always been a special game. Highly contested, and very meaningful in positioning each team for a run to Canton.”

Florian said the rivalry has changed so much, from St. X being a “faceless opponent” to them being our friends, and former classmates.

Florian was the driving force behind the back to back State Championship teams, his outlook on the rivalry is definitely noted.

Now, back to the game. Elder’s offense has taken some serious blow this year so far, losing star wide receiver Nick Hall and running back Ja’Vahri Portis for the rest of the regular season. However, the Panthers depth has been a life saver, Garren Messmore has been a huge help to the offense giving it an explosive edge in the running game and passing game. Peyton Ramsey’s ability to run and throw the ball effectively has been huge for the Panthers offense giving defenses one more thing to worry about. Louis Faillace has become an emerging star, taking over as the go-to wide receiver for Peyton Ramsey. He been playing out of his mind since Hall went down and the offense hasn’t skipped a beat.

“They have a solid defense, good at what they do, very good line backers. I can’t wait to get after it Friday.”

The offense looks like it is ready to take on Justin Hillard and the Bomber defense.

Now as for the stout Panther defense, they are led by senior linebacker Kyle Orloff who has been the definite leader for the Panthers D.

Orloff said, “Both Quarterbacks are hurt which should help us.” He told me they are going to rely on a heavy ground attack. “We expect them to run the ball a lot with Ben Glines.” Glines, a Boston College commit, has been banged up and that will be an interesting storyline come game time.

Both teams look to start the GCL season off with one in the win column. This will be an exciting game, can’t wait to see our Panthers get the win! Every student should be there to support the Panthers and give us the home field advantage like no other.