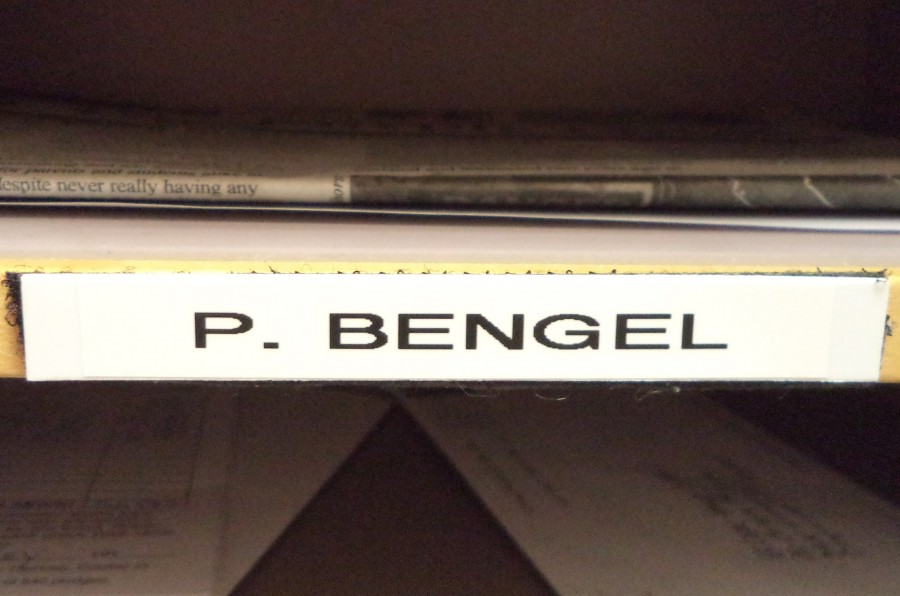 Phil Bengel has been a teacher at Elder High School for many years now, you may know him from his World Cultures class, from his health class, from his geography class, or from his time coaching Elder football. Coach Bengel is an integral part of the Elder family, and one teacher that is hard not to have any affiliation with during your time at Elder, which makes his recent medical problems even more heartfelt among the Elder community.

Recently Mr. Bengel was training for a triathlon, an event that he had been training for over a year for, but was informed not long before the big race that he had two spinal disks fuse together. His doctor informed him that surgery was inevitable, and much to Mr. Bengel’s dismay his doctor had the surgery scheduled shortly before the triathlon which, despite his wishes, could not be postponed until after the big race.

The surgery has been successful so far and Mr. Bengel is expected to make a good recovery. However at the moment he is only able to walk for 15 minutes before being returned to his mandatory bed rest.

The students of Elder all signed a banner for Mr. Bengel, which he had hanged in his room at the hospital and now in his house, to show their support for the ailing teacher and to help him to remember that there are people praying for his speedy recovery.

Mr. Bengel’s fellow teachers have also been giving their support to their friend. In an email to the faculty he thanked the faculty and staff, saying “It has really helped me keep my head up even when I was feeling like I was having some pretty bad days. It made my day when my email box started overflowing with get well notes.”

Mr. Bengel has been working hard, preparing to return to his class as soon as possible. At the time of this article Mr. Bengel is stated as only using over-the-counter Tylenol and a back brace to help with the pain and speed up the recovery.

“He (his doctor) thinks I should be able to be back teaching at least one class by mid-October. And we hope to have me back to full time after the first quarter ends.” Bengel optimistically stated in his email to the faculty.

Several of Bengel’s students have been missing him since he left for the surgery, and although they have been looked over by substitutes for the time that he has been gone they have said that it’s just not the same class without him.

Mr. Bengel is the kind of teacher that not only every student interacts with at least once in his Elder career, but one that they want to, and during his absence there has been a missing good vibe on the second floor. We all miss Mr. Bengel and cannot wait to see him back in his usual place teaching.