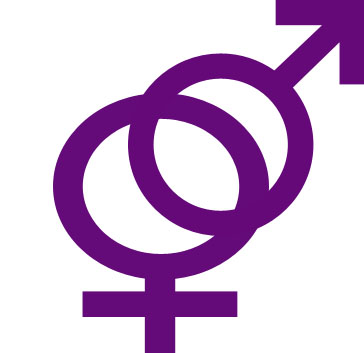 Over the past few years, women’s body images have become a subject of debate. Every day, millions of women and girls in America are bombarded with images of slender, photo edited models. Millions are constantly told that they are “too big” or “not beautiful enough.”

This nonsense must stop. There is too much “too big” and “too skinny” being said today. In the end, size truly doesn’t matter. What should matter is being both natural and confident.

Some women are naturally bigger than others, and vice-versa. Society needs to accept and embrace that fact. It’s not size, it’s being natural that should matter. Instead of trying to conform to the unrealistic standards of beauty that the media portrays, females should be themselves and confident in who they really are.

People drool over women like Kim Kardashian, and Victoria’s Secret models. They are constantly extolled as “hot” and the “standard of beauty,” but I scoff at those notions. Some men could call me gay or unmanly, but I simply have standards. Those standards aren’t even very high, they are only naturalness and confidence.

Photo edited and silicone filled models are not natural, and their unrealistic standards do not instill confidence in women and girls. Rather, they cause females to look at themselves and feel inadequate.

One female celebrity who does embody the traits of being natural and confident is Jennifer Lawrence. As opposed to Kim K and similar figures, Lawrence is a positive role model. Internet hackers thought it would be a good laugh to commit a sex crime and tarnish her reputation by leaking nudes that she sent to her then-current boyfriend, so it seems that respect for privacy has also been thrown out the window.

This is not just an issue for women to address, but also for us men to address. We used to take pride in being good gentlemen. That meant to do things such as holding the door for women, respecting women, and most of all protecting women.

Ray Rice has been rightly condemned for assaulting his girlfriend, but we should also condemn a different type of assault that happens to women every day, the assault on their dignity. After all, we wouldn’t want our girlfriend, our wife, or our daughter to be assaulted would we?  If we want to be real men, we have to stand up.