In Ferguson, justice and truth died in a cloud of tear gas 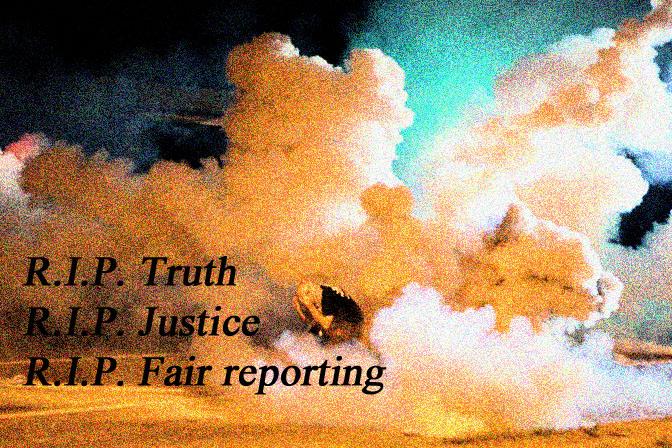 It’s been over a week since the grand jury decision not to indict Darren Wilson for the fatal shooting of Michael Brown. For those not familiar with the case, Michael Brown was a black teenager who was shot and killed by Darren Wilson, a white police officer, in the St. Louis suburb of Ferguson on August 9th. The ensuing protests became violent, with many nights of rioting and looting. On November 24th, a grand jury decided not to indict Darren Wilson, leading to more rioting, as well as protests across the country.

I am a factual person, and since I do not have all the facts regarding the shooting itself, I have yet to form an opinion on the initial incident. I have heard many conflicting reports, both supportive of Darren Wilson and supportive of Michael Brown, but until I have the concrete facts, I will not support either narrative.

The other 320 million Americans don’t know the facts, not even the media. Before more facts were revealed, networks such as MSNBC, CNN, and ABC jumped the gun and portrayed Darren Wilson as a racist cop and Michael Brown as an innocent teenager. Fox News and The Blaze did a great job of portraying Darren Wilson as a police officer who acted accordingly but was smeared by the liberal media.

Again, I don’t support the pro-Wilson or pro-Brown camp, but both sides of the media make it very hard to get the facts straight. The media was too quick to jump to conclusions, and instead of reporting without bias, the media decided to play judge, jury, and executioner. They declared what happened before the justice system could.

Both conservative media like Fox and The Blaze and liberal media like MSNBC and ABC failed to even attempt to report neutrally and as a result, contributed to the increasing polarization of the United States.

The shooting and grand jury decision are disputed, but it can’t be disputed that all Americans should condemn the rioting and looting that has taken place. The violence has not accomplished anything, and it won’t.

By destroying businesses, looters are destroying peoples’ livelihoods, as well as the community itself. Small businesses are the backbone of America, and now many small business owners in Ferguson may be forced to close their doors due to millions in dollars in damage.

From either perspective, the Ferguson affair was a tragedy. It left behind a dead teenager, disgraced police officer, scores injured, millions of dollars in damage, destroyed businesses, a broken community, and a divided America. It was also the final nail in the coffin for balanced reporting.