Bill Cosby; Not so family friendly after all? 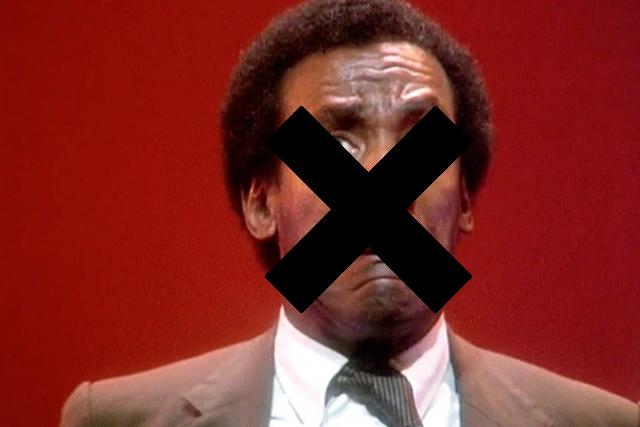 Bill Cosby now a "no no"

After recent news reveals that Bill Cosby, formally known as the sweet hearted Dad in “The Cosby Show”, of sexually assaulting innocent women the nation has been left in complete shock. Up to eight women have just now came out and told the media, taking not only us but also Bill Cosby by surprise.

Just one of these woman, Judy Huth, claims Cosby took advantage of her while she was only 15 at the Playboy Mansion in 1974. Along with many others, her story started out as her being invited to play tennis with him, later ending in him serving them alcohol, and potentially drugging her. At such a young age she was vulnerable to the celebrity and all of the wealth/fame he had probably made her even more vulnerable than before. Bill Cosby has denied all allegations and seems to be keeping silent for as long as he can.

As the shock permeates throughout the United States we seem to question humanity and how in front of the camera one can appear so sweet, but behind the scenes one can do something to this extremity and get away from it for so long. We like to think we know someone and who they are as a person, but the harsh reality is that we are truly ignorant of what that person is like until we meet them in person or have talked to someone that has. This scenario is just a reminder that what the person seems like may not be so true after all.

Sophomore, Collin Scheiner, weighs in on the topic, “It is truly sad that our society has come to this. I never really watched The Cosby Show but I knew who Bill Cosby and never thought he would do something like this.”

If these allegations are true, Cosby truly deceived many fans all across the nation. Countless people will sleep with an uneasiness feeling knowing that the once ever so friendly Bill Cosby, whose powerful voice spread throughout our houses has been caught doing this cowardly act. Whatever good thing coming of this situation, is a lesson, a lesson that we must never assume anything. A quote that I will always keep close to me is, “Believe nothing of what you hear, and half of what you see.”