Riots not new to Cincinnati

Similar events to this year's riots in Ferguson, Mo. happened right here in the Queen City in 2001. 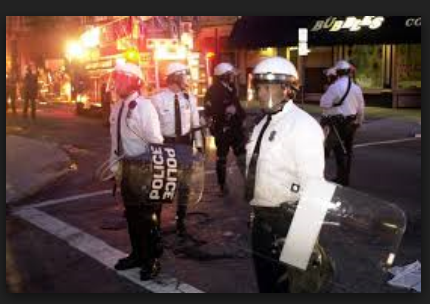 The biggest event of 2014 is without a doubt the Ferguson Riots. News coverage of the event lasted around two weeks, and that is impressive considering most big news stories get about three days of coverage.

Riots are all too commonplace in America. To quote Peter Bronson, “America has had riots as regularly as elections.” The worst riots in American history were the New York “draft riots” of 1863, during the Civil War. These started over protests against a rich white man paying a $300 fee to escape the military draft, and send a poor immigrant in his stead, thus earning the name “draft riots.” In all, around 3000 people died during the two weeks of rioting, and cannons were used to fire into large mobs of protesters in the streets.

However, riots are not restricted to metropolises like New York and St. Louis. Our hometown, the smaller City of Cincinnati has had its own riots as well. The most recent one occurred in April of 2001.

On a dark night in the Over-the-Rhine, a young black man by the name of Timothy Thomas had about seven outstanding warrants for arrest. Cops patrolling the neighborhood spotted him, and immediately started running. A chase ensued. Thomas fled down an alleyway well known to cops, because most drug dealers used this alleyway to escape when running from the cops themselves. Thus, the alleyway had a reputation as being dangerous.

Enter Officer Stephen Roach. Roach, a white man; was just one of the many officers that responded to the scene. Knowing where Thomas was headed, he decided to cut him off. He rounded the corner into the alleyway at the same time as Thomas was coming out. Thomas at the time was wearing baggy pants, and running away from the cops had caused them to fall down. From roach’s point of view, it looked like he was reaching for a gun, and so like any other officer would do in this situation, he shot Thomas.

Many would call this the incident that started the riots, but really it was the spark that set off the powder keg. In the five years leading up to the riots (1995-2001) no less than 15 black men had been killed during confrontations with police. Despite clear evidence showing that these men were legitimately threatening the safety of the officers, the black community in the city of Cincinnati was outraged. Combined with smaller “one man protests” at City Council meetings by other members of the black community, by 2001 Cincinnati was ready to blow.

The spark was created at the weekly City Council meeting on April 16th.  With Thomas’ death happening on April 7th, The meeting was packed with black protesters. Soon, raucous shouts and general mayhem had replaced the normally orderly atmosphere of the Council’s chambers. The Council members could not even conduct regular business. However, the protesters would not allow them to adjourn, so they were effectively held hostage. Prominent Black lawyer Ken Lawson himself came to speak for the crowd. His question to the council, which included notable politicians like current mayor John Cranly and Jim Tarbell, was “Why did the cop (Roach) shoot Thomas?”

Then Police Chief Tom Streicher arrived at the meeting, and answered Lawson’s question by reading the official police report. Because of the ongoing investigation, Chief Streicher could not answer the question fully, as it would compromise the investigation; and so his answer was deemed “not good enough.” And so, the Cincinnati race riots of 2001 began.

The rioters moved from City Hall to the nearby Cincinnati Police headquarters. Officers were then deployed in riot gear to the front of the building, to create a barrier. A standoff then ensued, and many bottles were thrown at the police, or at the headquarters building, resulting in many broken windows. Then, Chief Streicher arrived from the Council meeting to take command. He stepped out in front of the police with a bullhorn, and tried to calm the crowd down, but to no avail.

At this point in his life, my father, Lt.  Jack Kraft (ret.) (current Police Chief of Cleves), was the commander of the Internal Investigations Division of the CPD. Internal Division is like a police force within the police force, and thus, my father’s officers would be responsible for investigating the Thomas shooting. However, at this time, my father as well as the commanders of the other divisions were behind Streicher as he pleaded with the crowd. “It was pure chaos, bottles were being thrown everywhere and everyone was screaming.  I couldn’t even hear Chief Streicher, who had a bullhorn.”

After confronting the standoff in front of police headquarters, the rioters moved into the neighborhoods of Over-the-Rhine and the West End. For three days, they rioted, burned and looted stores, and shot at police officers. My father’s former partner and good friend Lt. Kurt Byrd (ret.) was in command of the Vice Division at the time. (Vice investigates anything drug related.) He told me, “My guys and I dressed in riot gear and went out into the streets. We were working 12 hour shifts and every minute was a fight.”

The Police force spent a great deal of manpower containing the riots. Thus, Central Parkway became the unofficial barrier between the rioting neighborhoods of Over-the-Rhine and the West End, and the Central Business District to the South.

On April 12th, Mayor Charlie Luken announced a curfew after hearing reports of a SWAT officer being shot (the bullet deflected off his belt buckle and he was not harmed). To everyone’s surprise, the curfew worked and the next day was relatively peaceful. The Cincinnati riots were over, but the political assessment had only just begun.

What happened in the following months was a melee between local politicians and The CPD. During the riots, politicians had failed to back-up the police force. Charlie Luken went on CNN and said “There’s a great deal of frustration within the community, which is understandable. We’ve had way too many deaths in our community at the hands of the Cincinnati Police.”

The cops who had risked their lives, both day to day on the beat, as well as during the riots, now felt betrayed. Thus, they began to slack in their duties in the poor neighborhoods like Over-the-Rhine. They had the mentality “Why should I risk my life when I’m not going to have any backup from the politicians.”

Because of this attitude, the neighborhoods that needed the police now more than ever, didn’t receive any aid. By 2005, Over-the-Rhine was the poorest neighborhood in the city. Vacant buildings lined its streets as businesses and people moved out, while violent crime sky-rocketed. Over-the-Rhine had become the Wild West.

Despite the riots being the worst civil disturbance since the Rodney King Riots in L.A. (1992), Over-the-Rhine has made a tremendous comeback. The neighborhood which most people in the city regarded as the most dangerous and “Don’t go there, not even during the day,” has not become the “Hipster” center of Cincinnati. This is thanks to economic re-development. The neighborhood is now home to many fresh businesses, and the nightlife flourishes there. The Art Academy of Cincinnati moved from Mount Adams to Over-the-Rhine furthering its re-development. To top it off, according to the Urban Land Institute, “Over-the-Rhine is the best development in the country right now.”

I hope reading this article provides a stark reminder the riot can happen anywhere, even in our hometown. It is a testament to the reason that we have to stick together in order to prevent travesties like this, and the Ferguson riots.