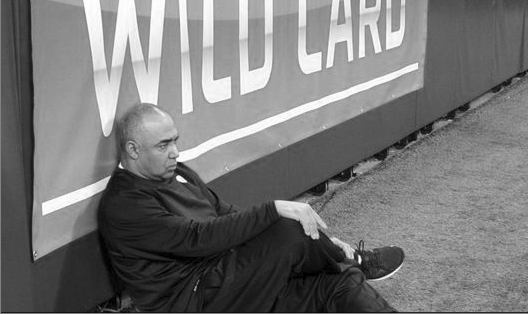 Another season, another disappointing and dispiriting end for this Cincinnati Bengals team that just can’t seem to find its way out of a hole that they have been in since after the 1990 season. After the dismal defeat to the Indianapolis Colts last Sunday, 26-10, the Bengals fans are calling for the heads of Coach Marvin Lewis and Quarterback Andy Dalton, but the blame should lie in another area, the inferior performance of Paul Guenther’s defense.
Entering his first season as defensive coordinator for the Bengals, Guenther took over the position that Mike Zimmer had extreme success with during his time in Cincinnati. Being in the top five in defense in previous seasons under Zimmer, going into this year most expected little change with Guenther, who had served as assistant coach with the team for eight seasons.
The defense was throw into a whirlwind of problems early on in the season, however, and never seemed to fully click. Injuries to all pro Linebacker Vontaze Burfict and Rey Maluaga led the issues Guenther had to deal with. The coordinator admitted dealing with the banged up linebackers was one of the more difficult things he’s had to do all season.
Lack of efficiency was another cause of the Bengals defensive misfortunes this season. Last season, the Bengals’ defense line was atop the league with 29.5 sacks, and beat down quarterbacks. This season, the D-line only managed a lousy 16.5 sacks; half of which were by Carlos Dunlap who had eight himself. Although the defensive line is currently a work in progress with training the young talent like Will Clarke and Margus Hunt, the veterans and big time playmakers like Geno Atkins needed to step up and failed to do so.
Coming into the league out of Georgia, Geno Atkins was one of the most talented and feared defensive inside rushers in the league. In 2012, Geno managed to wrap up 12.5 sacks and 21 Quarterback hits.

This season, Geno only had three sacks, and only eight quarterback hits. Even last year in which Geno only played in half the games before losing his season to ACL injury, his production was more efficient than this season.
The question that Paul Guenther, Marvin Lewis, and Cincinnati fans are asking is, why such a drop in efficiency from Geno Atkins? Guenther commented on Geno’s play, and didn’t hold back, saying he was “just another guy out there” this season. He also claimed that Atkins wasn’t as effective and he has been in the past, and that they have to figure out what is happening with him before the start of next year. The “what if you don’t figure it out?” question was then brought to Guether, and he responded simply “Then we’ll get a new inside defensive rusher.”
Paul Guenther was not afraid to talk about change just days after the Bengals season ended. “The guy (Andrew Luck) dropped back 44 times and got sacked one time,” said Guenther. “That’s not good enough. We need to improve the guys who are coming back here next year and continue to improve, and we need to infuse some new players, to be honest with you.” Although this might strike fear into some players, others like to see their coach coming out and saying it.
Domata Peko, veteran from Michigan State and long-time Bengals defensive lineman joined up with what Coach Guenther was saying. “Change is coming,” said Peko. “And any time there’s change, it’s a good thing. We need some change. You can’t always just keep doing the same thing because the end result was getting out in the first round. So there’s going to have to be some change.”
After fans are fed up with the team and franchise after failing once again to deliver them a playoff victory, it’s time for a change in Cincinnati on the defensive side of the football. Making over ten million dollars a season, Cincinnati cannot be forced to stand with mediocrity from a player who can and has given more. Bengals can’t afford to pay prime rates for subprime production if they want to get to the next level.