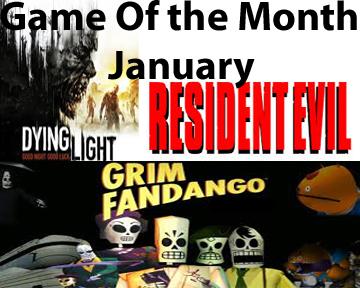 Video games are an incredible medium, and have grown up a lot since the days when eight-bit side-scrollers ruled the gaming scene and arcades sucked away the quarters of kids nation-wide. Since then games have gone on to produce new and more immersive genres like role-playing games (RPG’s), first-person shooters, and action-adventure games that have all introduced a new wave of thinking of what a game could do and what a game could be as the world’s first truly interactive medium.

So to help celebrate the many accomplishments of the video game industry we here at The Purple Quill will be writing a monthly game of the month article every month until the end on the school year.

Before I go on to the actual game of the month I would like to give out a few honorable mentions for some games that just missed out for this month’s winner. The Re-remake (remake of a remake) of the original Resident Evil game, the next-gen update of Saints Row 4: Re-elected edition with the inclusion of all the DLC released for the Xbox 360 and PS3 version of the game, and the only original game on the list for this month, Dying Light.

h those out of the way let’s talk about this month’s biggest wallet drainer.

Grim Fandango is something of a cult-classic in the game community, winning the gamespot game of the year as well as a multitude of other awards, but failed to be commercially successful.

The game itself is a point and click styled game (think the modern tell-tale games Walking Dead or The Wolf Among Us), made by the video game branch of LucasArts, George Lucas’ entertainment company. It is also the last game that developer Tim Schafer worked on for LucasArts before going on to found Double Fine productions. Schafer is a master of the point-and-click genre, making games like the first two Monkey Island games and the more recent Broken Age (which had the second largest crowd-funded project on kickstarter.com at that point).

Grim Fandango is a game that mixes the ancient Aztec beliefs of the afterlife and the noir films of the first half of the 20th century. It follows the story of Manny Calavera, a grim reaper/travel agent who is tasked with giving out the appropriate travel package for souls depending on the good deeds of their life.

The new version of the game will be making its way back onto the screens of PC gamers everywhere, but Grim Fandango will also be making its first foray into the console scene and will be released on the Playstation 4 and Playstation Vita later this year. Giving console gamers their first taste of the game that’s metacritic score now sits at an outstanding 94% approval rate. 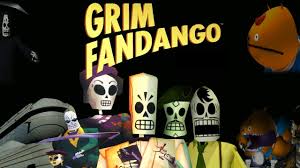 January, usually a slow month for entertainment in general, is producing some great re-makes for a new generation of gamers and a few new original titles to keep us satisfied in these cold winter months until the more anticipated games come out in the months to follow.