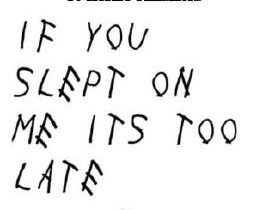 I think part of the reason the Sixers would want Kilpatrick back with the organization is because he played for their summer league team last year.

The Philadelphia 76ers are having an absolutely terrible year this year, and have seemed to basically just have given up. The Sixers traded their best player Michael Carter-Williams, and have basically gotten rid of anybody with talent for draft pics. So overall it is safe to say that the 76ers are just completely re-starting.

So with the 76ers just tanking the season, it seems that logical that Kilpatrick might have a chance to move up and play in the NBA for them.

I asked huge UC fan Donovan Hester his thoughts on Kilpatrick getting moved up and he told me, “He’s a superstar in the development league, and has been leading his team all season.” He continued, “With the way the sixers have been playing this year, there should be no reason for him not to get at least a chance.”

I think Kilpatrick deserves the chance to be moved up to the NBA. He overall is just a hard worker and you can tell he really wants it. If he keeps playing how he is now it will not go unnoticed.

I also got to talk to Bearcat fan Macks Burke about the subject, and he told me he has always been a huge Kilpatrick fan and would love to see him get a chance in the NBA.