Your dancing guide to Prom 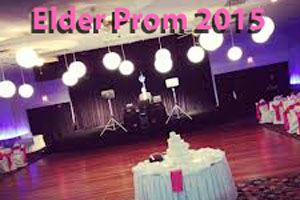 Ladies and gentleman the time is finally upon us. Get your dancing shoes out and get ready to boogie. The prom season is only a few weeks away, guys are asking their girlfriends to prom in the most dashing way and everyone is ready to dance the night away.

Dancing can always be a touchy subject. You never want to be the sweaty guy in the middle of the dance floor that nobody wants to stand by. Sitting on your butt all night is never fun either. I myself love to get out there and bust a few moves myself while I try not to look like a fool.

There are always some good dancers at prom who love to jump out in the circle and show everybody what they got. Aaron Held, a dancing enthusiast, really strutted his stuff at mom prom this year giving us a preview of what is to come at prom.

“My hips start moving and the beat of the music takes over and I cannot help but start to dance,” said Aaron.

The prom this year is at the Syndicate in Newport, Kentucky for the second year in a row. This is a very nice place and was a great choice again. Mr. Schlomer will be the DJ again and he is ready to throw down some sick beats.

You can usually find Louis Faillace on the dance floor for at least a small portion of the prom.

“Dancing is not a hobby of mine and can be awkward at times, but when done right it is a fun time,” Faillace said about his dancing experiences throughout high school.

With prom being the marquee event taking place on Saturday March 28, there are also some other Elder events taking place on this day. I don’t think it takes you too long to get ready, we’re not girls and it doesn’t take us three hours to get ready so I expect to see Panthers out their supporting their school.

The baseball teams has its season opener this day against a very big rival Oak Hills, the game is at Oak Hills at 1:30 leaving all you divas plenty of time to get ready for your big night. This should be a very good game and a big crowd out at Oak Hills would help the Panthers to a victory.

Another Elder event taking place the day of prom is the volleyball team will be playing in Louisville against Louisville St. Xavier but the time has not been announced yet. If the basketball team gets rolling in the tournament that State Championship would take place on this day as well.

I don’t know about you guys but I would not be attending prom if they make it this far. Prom is fun and all but I would rather be supporting the Panthers and cheering them on to a State title. Maybe they would reschedule prom but we just have to wait and see what happens in the tournament.