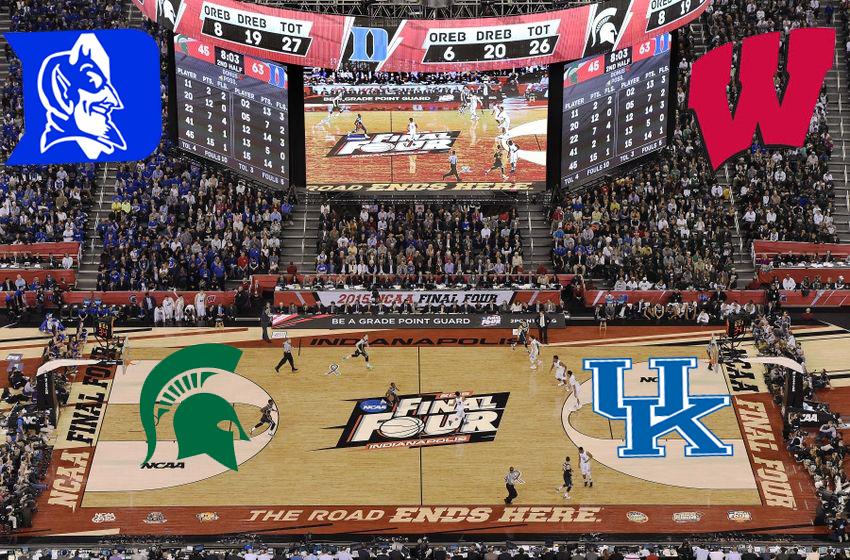 There is nothing like March Madness for a sports fan and a fan of college basketball. It is a great time to watch, at least theoretically, the best teams in the nation. It starts with the selection show which had its own share of controversy. UCLA and Texas both made the tournament field after being on Joe Lunardi’s bubble for the second half of the season. The Temple Owls were snubbed, making it two straight years that a team from the American Athletic Conference (AAC) was not dancing after the selection show. The First Four games kicked it all off with Ole Miss roaring back in the second half to beat BYU. After that the rest would be your typical NCAA Tournament – Madness.

The first day set the bar high with UAB stunning Iowa State and ruining some people’s brackets very early (cough cough Nino Salamone cough cough) Georgia State pulling off the comeback, but that game is more remembered for coach Ron Hunter falling out of his chair. The controversy of the day was SMU’s Yanick Moreira’s ‘goaltending’ call against UCLA to seal the fate for both the Bruins and the Mustangs. Followed up with Troy Caupain and Cincinnati’s comeback win against Purdue. His miracle shot that seemed to be on the rim forever, fell and it led to an overtime victory for the ‘Cats.

The next day wasn’t as gut wrenching as the first. No real upsets happened the second day. Once again on Saturday, the teams from Thursday gave us another set of great games. Notre Dame had to go to overtime to end Butler’s season. Pat Connaughton saved the day for the Irish with his risky block attempt in the final second of the game. NC State upset a heavy favorite to make the Final Four in Villanova. Ruining many brackets (mine included) and crushing the dreams of the Crying Piccolo girl. UAB’s dream of a Sweet 16 birth was ruined by UCLA. A team who “shouldn’t” have made the tournament.  The following day, the Xavier Musketeers ended Georgia State’s chances to move on. Michigan State upset Virginia making the East region that much more unclear, as if it could’ve been worse after number one seed Villanova lost the day before.

This past Saturday can be compared to the Miracle on Ice. The USA team pulled off the upset of the century of them all against the heralded Soviet Union. Everyone remembers that game more than the US clinching the Gold against Finland.

And people are going to remember Wisconsin’s win over undefeated Kentucky than what would happen on Monday night. Led by Frank ‘The Tank’ Kaminsky and sharpshooter Sam Dekker the Badgers pulled oof the upset of the year against John Calipari and his Wildcats.

Duke rolled against Sparty and it was set. Wisconsin vs. Duke. Duke would pull away late and Wisconsin aided that with their cold shooting down the stretch. Everyone’s favorite (total sarcasm) Duke won the 2015 National Championship.

The overall tournament was great. Nothing beats the first two days of the tournament where all the upsets are on the horizon. If you get lucky enough, or if you’re the guy or gal who never picks an upset you get hosed. Cinderella teams are born on those first two days of the tournament. No not the First Four, the actual Dance. Teams that have stolen the hearts of American’s over the years like George Mason, VCU, Butler, Florida Gulf Coast, and Davidson those are just a few that have come to mind. After the first to days, it only gets better and better.

I can’t find a year where it hasn’t kept us on the edge of our couch seats. It was no doubt Kentucky’s title to take. But when you come in to the tournament with a zero in the loss column, you are bound to have a huge target on your back. Boy did they ever. The had a tough path to the Final Four, playing a physical UC team, an even more physical West Virginia team (who they blew out by like 30), and Notre Dame which took a last second missed three pointer by the Irish to seal the deal for the Wildcats.

Obviously we know how the next game went against the Badgers of Wisconsin. The Final Four was great, Duke blowing out Michigan State did make the first game a bit boring, but Badgers and Wildcats squaring off for a chance to play the Dukies was awesome. I thought it was a great tournament overall, and so did the people I asked.

Junior Austin “Tito” James loved the tournament this year. “It had its fair share of interesting upsets, Georgia State was fun to watch and so was Xavier’s run to the Sweet 16.” He also said he expected Michigan State to make a run. “They weren’t correctly seeded, they didn’t deserve to be a 7 they should’ve been like a 5 or 6 seed.” I asked him if he correctly picked the winner of the tournament. He was quick to respond, “Yes, I picked Duke because they were the most tournament ready team.” He loved the fact that Kentucky lost because “I don’t care for that fan base whatsoever.” He did say that with the talent they had, they should’ve gone 40-0.

Junior laxer Brian Smedley wasn’t too happy with the tournament. “I thought it was boring and stupid. They needed a Cinderella to make it to the Sweet 16 that would’ve made me enjoy it more.” Smedley joined the like of James picking Duke to win it all and wasn’t surprised to see the Wildcats lose.

It was a great tournament and I’m sure I am not the only one counting down the days till college basketball tips off next winter.