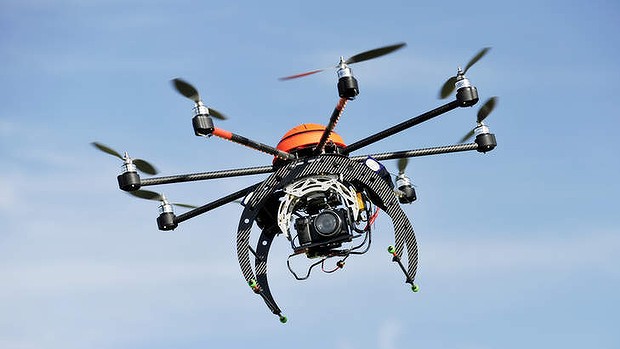 A common drone flying through the air.

If you ever watch the news then the chances of you knowing what a drone is are probably pretty high.

Recently, there have been several mishaps regarding drones and people are beginning to question how safe they are.  With technology constantly advancing,  average citizens can now purchase a very good drone with a mounted camera for a few grand and even less than that for less quality.

Whether it be safety or privacy, people are beginning to ask questions.

However, these drones do not just effect the American people, but the government as well.  Without the proper rule set in place, the government has to figure something out in order to set limits on airspace.

One specific event that directly impacted the government was when a person flew a drone right onto the property lawn of the White House.  The reason this is such a big deal is because it creates a security threat.  If a simple average human being is able to fly a drone into the airspace of the White House, then what is stopping a terrorist from doing the same thing.

Despite security threats, most people are more worried about their privacy being taken away.  For example, if someone on your street bought a drone for fun and decided to fly it around your backyard, you can do absolutely nothing but sit and watch.  Some people have even modified their drones to make them go much faster and travel miles away from the person with the controller.  This means that anybody could fly their drones anywhere within a couple mile radius and film whatever they want.

Amazon, on the other hand, is trying to make the best of the situation by introducing a drone delivery service.  This premium service would allow customers to receive a purchased item within hours of clicking “buy now”.  This service was announced way before drones started becoming mainstream and the first issue of privacy was brought up because of Amazon.

As you can see, the world is changing, but people aren’t changing with it.  By the time the proper rules for drones are setup, their will most likely be something new and problematic on the market that the government will have to deal with.  Drones have many benefits, especially recon, but when put into the wrong hands they can cause some serious issues.