What has happened to today’s bands? 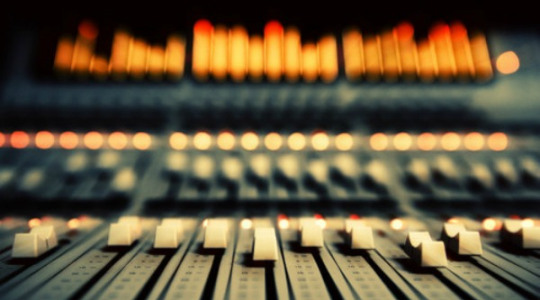 Today the music world is controlled by solo artists who usually use voice enhancers to make them sound better. But just ten years ago bands still had a strong presence in the music industry. The only bands that are currently making new and popular music are boy bands that get big for a few months then fade away from the public eye.

The problem with our current music is that very few of these solo artists will leave a lasting impact on the music world. Bands such as Led Zeppelin, AC/DC, The Beatles, and every other fan favorite are still listened to today and are recognized as some of the most talented people in their respected industry. They shaped the face of music today and most of the popular artists have tarnished their efforts. All of these brilliant songs are still so great because not much has been able to compete with them.

With the music industry as it is there are many small bands that attempt to get big but it never really happens. Very few have broken through the mold and have become a household name such as The Black Keys. One student at Elder and three of his friends have created a band and have written two full songs and are working on four more. They plan to make an EP of sorts and want to do shows.

The band consists of Steve Ashworth (Elder student), and his three friends: Sam Adams, Seth Lambing, and Andrew Becker. Adams is on vocals and lead guitar. Steve plays rhythm guitar, Lambing is on the drums, and Becker plays bass. A genre cannot really classify them because they have a wide range of musical interest and like to play many different styles.

Listen to this short clip of their song “Over You”.

Ashworth told me, “It’s a long shot but it’s all about sticking with it and we plan to do so. I believe that our style is very likeable.” He later told me how it is hard to get big now because new people come up all the time and so many people try to get big.

Adams told me how he finds inspiration through everyday life and how he wants to be original and write his own songs. The two songs they have written were authentic and they will continue to make their own music because they like playing more than fame.

I believe small bands will begin to rise up. A band from Nashville with the name of The Lonely Biscuits is making waves in Tennessee.  They are beginning to tour in other states and they are worth a listeners while.

I hope to see the music industry change for the better and I hope to see bands make a comeback. Solo artists are good but when too many come onto the scene it gets repetitive and there is no originality in the industry. I think it will begin to change and as people get tired of electrically made music.