A country without borders is not a country 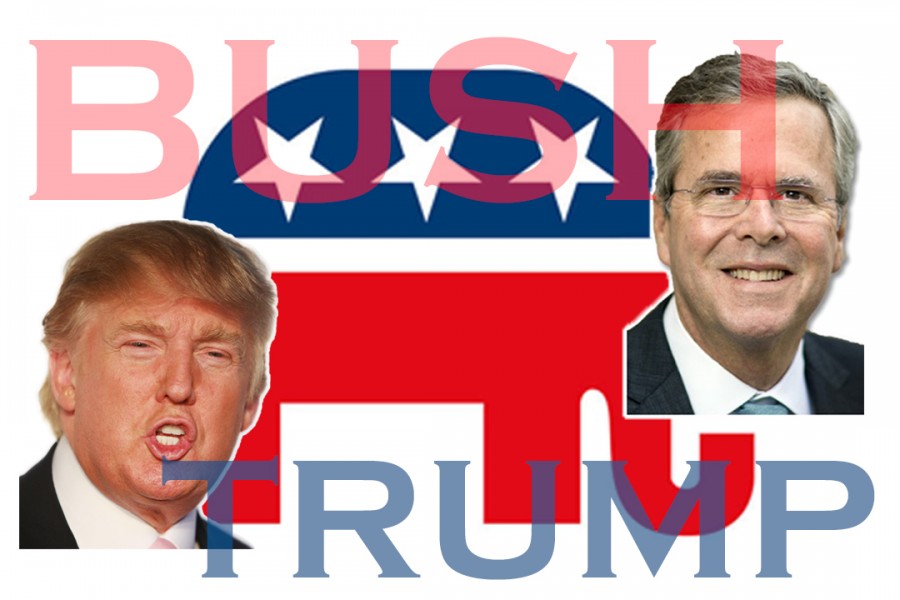 A Republican debate was held on September 17, 2015. During this debate Republican candidate Jeb Bush called out fellow Republican candidate Donald trump accusing him of wanted casino gambling in Florida. Trump immediately denied the accusation. This is just one of the many accusations, insults, and threats these two have been throwing at each other.

I asked Mr. Spencer is he believed whether Jeb Bush or Donald Trump were worthy of being voted President of the United States of America and he said, “They might be worthy but neither are my first choice.”

I believe it is pretty obvious that Trump and Bush do not like each other. Trump has called Bush out on speaking Spanish saying that he should “speak English” while in the United States. He said this because Bush was answering multiple questions during interviews in Spanish. Even though I believe that people in the United States should at least be able to understand and communicate some English, I believe Bush is being smarter in this situation. 82% of Hispanic- Americans look unfavorably at Trump while the Hispanic opinion on Bush is almost 50/50.

I also asked Mr. Spencer on whether or not he thought Trump took it too far when he “called out” Bush’s wife for not being born in America. His response was, “I don’t think he called out his wife. I think he called out Jeb Bush and that Bush admitted it in his book.”

Whoever the comment was directed toward probably doesn’t matter in the eyes of all immigrants, legal and illegal, in this country. This is probably one of the main factors in Trump’s lack of approval in the eyes of Hispanics. While answering questions in Spanish seems to have them looking favorably upon Mr. Bush.

I asked Mr. Spencer, again, if he believed the reason Bush is “easy” on illegal immigrants is because his wife was not born in this country and he said, “That could be a small factor but some of it is pandering on the Latino vote. He also told me that “A country without borders isn’t a country.”

I thought he had a very good point about how a country without borders isn’t a country. I believe that all immigrants should have to come in legally. As long as they came into this country legally I believe they should be given the same chance that everyone else is given. Just because they, or their parents, were not born in this country does not mean they do not deserve to live in this great country.

Bush has fired back at Trump for all the insults that have been thrown his way. He has said, “Look I don’t get it. I don’t see that over the long haul that you can insult your way to the nomination or the president- certainly not the presidency- and not the nomination either.” Bush also stated, “The disparaging of a women is troubling. It just doesn’t make any sense to me.”

I asked Mr. Spencer if the only two candidates were Trump and Bush who would you pick. He told me Trump even though Trump is not his favorite over all. He said he likes how Trump is not a part of the “Washington Cartel”, and he is willing to speak his mind not caring what others think. He does not like him because he is not a long time conservative. Trump has supported both Democrats and Republicans in the past. He also says he can be a little brash and “unpresidential.” I agree that he can be a little too outspoken at times, but I don’t necessarily hold against him. I sometimes even enjoy to hear something a little different than the normal droning on of the normal things candidates talk about. I like how he speaks his mind instead of just saying what people want to hear about immigration and taxes.

As of right now Trump is the number one Republican candidate according to the polls. This does not; however, mean that he is going to get the nomination. There are others like Jeb Bush, Ben Carson, and Scott Walker who are very much still in the running. I would personally have no complaints if any of those candidates, including Ted Cruz, were to win the nomination and ultimately the presidency. I believe this is going to be a very interesting campaign for the 2016 presidential election. I hope whoever gets voted in makes America great again. I’m just happy Obama isn’t eligible to be re-elected this year.