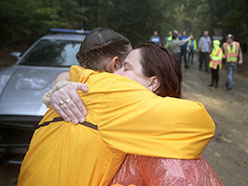 On Friday October 9, two boys, Adrian Ross and Michael Esposito were found outside the Koomer Ridge Campground in Eastern Kentucky.  The two boys went missing at an estimated time of 6 o’clock, Thursday October 8.

Adrian and Michael spent an estimated 20 hours in the woods.  While in the woods they didn’t have a flashlight or food.  They slept next to each other curled up under a tree. 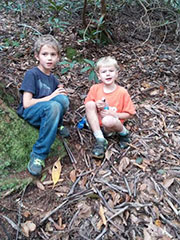 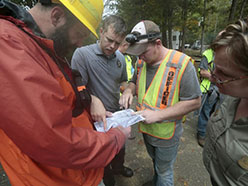 Rescuers used dogs, helicopters (with infrared), and canvassed the area by foot.  Kelly Moore, a Park Ranger for the U.S. Forest services, had been looking for a few hours when he heard a “squeak”.  He (Kelly Moore) used the safe-word that one of the boys moms’ had given the rangers, and before long the kids came out of their hiding spots.

Once the kids were found, Park Ranger Kelly Moore said “the cousins were a little scared and hungry so we gave them some Oreos, Beef-jerky, and Gatorade.”

A major concern that everyone had was the oncoming thunderstorm that was predicted for the region.  If it had rained, not only would the dogs have lost the boys scent but the boys would’ve been in danger of hypothermia. It was a miracle that the boys were found so quickly said Julia Esposito, Michael’s mother.

Julia Esposito told reporters “this whole experience has been a terrifying one.  I prayed all night long.  I kept praying and about 30 minutes before the rain, that’s when the boys were found.  It’s like God was with them the whole time.”  Julia believed the whole time that the boys would be found.  She took some comfort in the fact that Michael is familiar in the wooded environment and he wasn’t alone.

“Adrian and Michael likely won’t go to the hospital.  If we found them wet it would be a completely different story,” Kelly Moore said.  Julia told everyone “I don’t think that there’s any trauma for them and unfortunately I think they may want to do it again sometime.”

So in the end it was a good day.  The boys were re-united with their families and weren’t hurt.