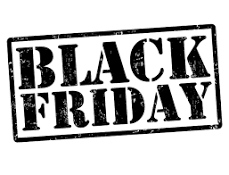 Everyone loves the holidays, especially Christmas. For many families, Christmas shopping starts early, as in the day after the previous holiday early. This practice has come to be known as Black Friday. Black Friday is one of the most brutal shopping days of the year, between fights over the last items available, the best deals, and the best places to get the deals. But this year, Black Friday has taken a seat behind Cyber Monday.

Many people have decided to take a stand against the hectic shopping Black Friday offers and decided it would be much easier to shop online. According to a pole done by FOX News, Black Friday sales have dropped over 10.8% from last year, and Cyber Monday sales have sky-rocketed to a 152.3% increase. Which means that Black Friday injuries and crowds have decreased dramatically.

I would feel buying an item in a store with almost the same discount would be much more convenient. The item would be right in your possession, there is no need to wait on shipping, and there is no worry the item will get lost in the mail. So why do people prefer to shop online now rather than the store?

My aunt, who is a long-time Black Friday shopper and cop Rachel Harvey offered input.

“Some people just don’t like the big crowd,” Rachel said. “It’s a zoo on Black Friday, and things get out of hand fast.” Rachel Harvey is in the Cincinnati Sheriff’s Department, and for the Sheriff’s Department to be called into a store for security, obviously things are much bigger than they would appear.

Rachel Harvey does the same, mainly because she sees the action on Black Friday, and wants no part of the mess. “The only downside of Cyber Monday,” she said. “Is the shipping and the internet gets really slow because of all the shopping.”

Black Friday has never been a major issue with violent riots in Cincinnati, but regardless, the decrease in Black Friday shoppers has lowered the crowd numbers making Black Friday much calmer. Still, according to many sources, Black Friday was still extremely crowded in some areas.

No matter what day you decide to shop on, there is always a drawback. Black Friday is a mad house, resulting in much fighting, riots, and in a case in Arkansas, several deaths. Cyber Monday you only deal with a slow internet and an occasional shipping fee for a website who does not waive the shipping fee on Cyber Monday.

This should be a no brainer for people. Coming from the West Side, we all look for the best deals on merchandise and groceries, otherwise no one would care for coupons. This is in our nature on this side of town, and both days offer the deals, but which one is going to be a better option? Black Friday is a little too wild for me, and most likely for many people as well. Next year when it comes down to deciding whether to shop on Black Friday or Cyber Monday, save yourself some medical visits and take Cyber Monday.

Below is a video from several years ago of a crowd rushing into a Target at 4 A.M. to shop on Black Friday.  This video is a minor case of some of the events which can take place.