After the Sandy Hook shootings, school safety is growing more and more important. 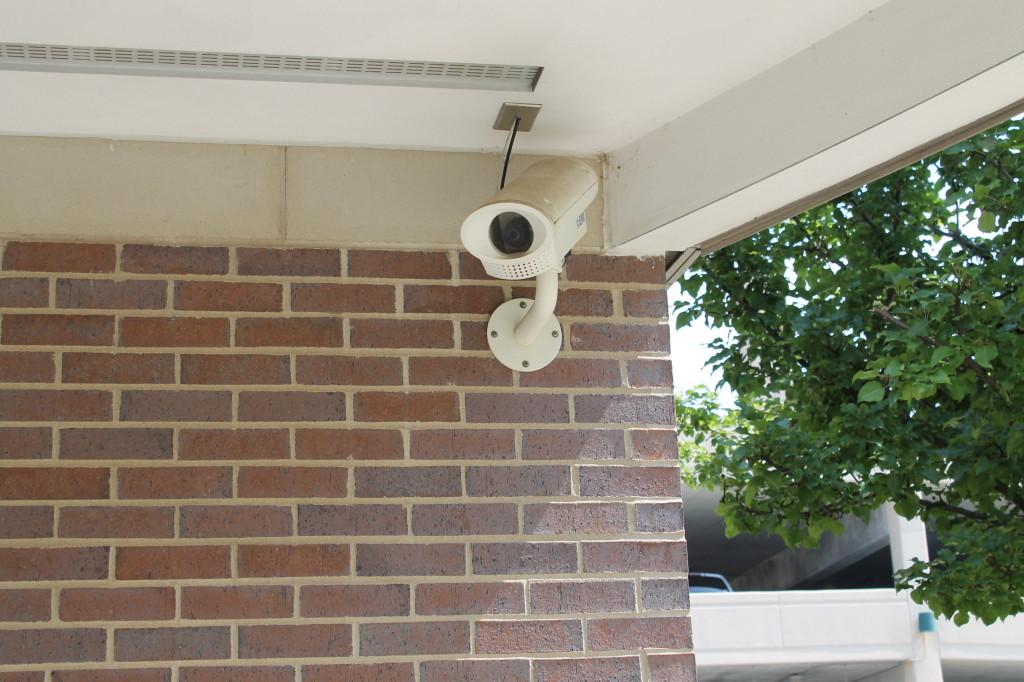 Security camera outside of the Schaeper Center

School safety has been an ongoing issue now for several years. Since the Columbine massacre in 1999, school officials have never been able to erase the images of teary-eyed students rushing from the school out of their heads.

As if Columbine wasn’t bad enough, the Sandy Hook shootings have completely changed the game when it comes to the security of schools in the United States and around the world. Fortunately, Elder High School is taking more measures to ensure its student’s and staff’s safety.

Many options are available when it comes to protecting a school more efficiently. For instance, Carson, which is close by Elder, has only one entrance into the school. Once inside the first door, a visitor must be buzzed into the main office through another door, and he or she can only enter the actual school building if buzzed through a third door. This cautionary measure is huge step taken in order to prevent a gunman from entering the building.

What if in a rare case, however, an active shooter has entered the building already? Elder has taken note of this possibility by installing new peepholes on doors without glass paneling on them already.

Dean of Discipline Kurt Ruffing says the peepholes were installed as a result of a school safety training session back in October of 2011, even before the Sandy Hook shootings occurred. “The peepholes will allow faculty, staff, and students, while in a lockdown situation, to view outside the locked door,” he says.

“Parents expect that their sons will be safe here at Elder,” Ruffing further explained. It may seem on the surface that Elder does not have too much security. After all, when comparing the schools entrances with Carson’s entrance, it might seem totally open. This is not the case however.

A little unknown fact to the public is that Elder has 21 security video cameras located throughout the entire campus. Not only are these cameras on display in a section of the main office, but also are available online for any staff member to view 24/7. This allows the entire administration to see around the school no matter what the time of day.

The new peepholes and already installed cameras are definitely not the only safety precautions Elder is taking since Sandy Hook. At the same faculty meeting in October 2011 when the idea of peepholes was introduced, the staff was taught the A.L.I.C.E (Alert, Lockdown, Inform, Counter, Evacuate) program. “This is a more proactive response than the traditional, passive type,” says Ruffing.

Elder is not the only school learning A.L.I.C.E, which is now thought to be a better set of tactics to react to an active shooter inside the school building. The program focuses on taking more proactive, but still sensible approach to an armed assailant. These include anything from running, screaming, yelling, or even trying to disarm the gunman if all other options fail.

Greg Crane, a former SWAT officer and creator of the program, explains the problem with the traditional procedures taken in response to an active shooter. “We’ve conditioned them (students) to go sit in a corner, go sit under a table.” Crane says the reason so many people die in school shootings is because they just sit there, making themselves easier targets.

While Elder has done well in its steps to prevent students from getting harmed if locked in with a shooter, the school still plans to totally renovate its entrances. “Plans for replacing the locking system of all exterior doors have been discussed in the past few years,” Ruffing says.

“The plan is to lock all exterior doors during the school day and replace the keyed locks with some type of swipe card which the students, faculty, and staff will use to gain access to the buildings. Because of this, there will be a need for a “receptionist” area in which visitors will report to gain access to the building. Planning for this receptionist area is underway.”

Ruffing says that the security cameras will be upgraded with new recorders and additional cameras are currently being added around campus. Elder has also contacted the Cincinnati Police in order to allow them access to the school’s cameras in case of an emergency.

Although it’s sad to even have to discuss issues of school safety so in depth, school shootings have become a reality in the world. By having schools take preventive steps such as the ones Elder has taken, parents can sleep with a little less worry.