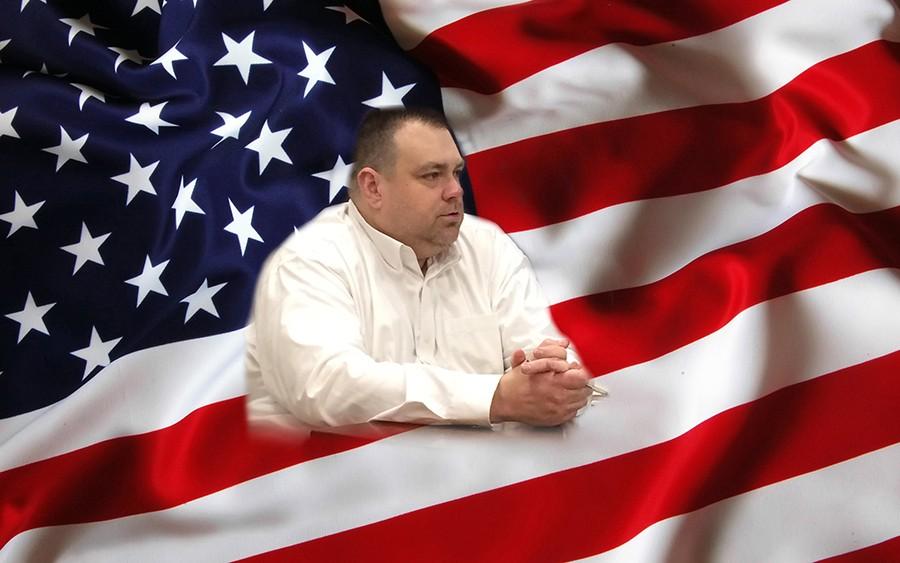 Matt Wahlert, a graduate of St. Xavier High School, came to Elder to meet with the Grand Old Panthers Club on Tuesday, December 15. He came to talk to us about his policies and his campaign in the 32nd district for the state house of Ohio.

He said that after he graduated from St. X he went to the University of North Florida. He has two degrees; a Masters in education and a Masters in Political Science. He teaches AP Government and History at St. Henry High School in Kentucky. He also teaches US Foreign Policy at Miami University in the evenings. He also has written sections in textbooks that West Point uses.

Wahlert was inspired by his students to run. Wahlert is running as a Republican and knows it will not be easy to win because the 32nd district has voted democratic for the last 60 years. No Republican has ever gotten more than 29% of the votes and he said that is his challenge. There are 99 house districts of Ohio. The 32nd ranks 95th in household income, 91st in number of employed working age males, 6th in use of food stamps, and 10th in lack of a high school diploma.

Wahlert says his catch is to try to get the voters to do something different. They have been voting democratically for a long time now and it has only got them to the bottom of the list.

Being a foreign policy teacher, we asked Matt Wahlert if he believed we needed boots on the ground in the Middle East. He said yes, but he only wanted them on the ground as a big picture battle strategy and not just going in and killing people. He says we need no fly zones and we need to protect the people of the Middle East who aren’t causing us problems. He also believes that we should have refugee camps over there.

Then, to be more specific on what he is going to do if elected, we asked him how he felt food stamps and a lack of education correlated and how is he going to change that. He said he is a big picture guy and that he believes this plays in with the whole state assisted welfare system. He said for some people state assisted welfare is temporary while for many people it’s a part of their lives. He also said that someone’s lack of education can directly lead them to gun violence. He said it’s a lot like that in the Middle East where the less educated people are joining the terrorist groups. He believes that gangs and terrorist groups are cut from the same cord.

He also said he likes the Faith-Based Initiative that President George W. Bush started. Wahlert wants to use the churches to help distribute the food. The reason he said he likes this is because you can give the food to a church of any religion and they will still give out the food to anyone of any religion. Many of the communities in Whalert’s district have very strong bonds with their churches so the distribution of food would be less costly and more effective.

When we asked him about who he would want to be president he did not tell us who he wanted, but instead we were told who he didn’t want. Wahlert does not want Trump. Wahlert believes the ban of a race or religion is un-American. The only issue he agrees with Trump on is that there needs to be a new immigration system.

Matt Whalert is running as a republican in a heavily democratic district and accepts the challenge. He has good ideas and wants to put them to practice in his home district. He wants to bring the 32nd to the top of the districts instead of leaving it at the bottom. He is a man of education that has a Masters in Political Science. He is ready to lead Ohio’s 32nd district to prosperity.