Panthers take over the Gardens

Elder hockey off to best start ever this season 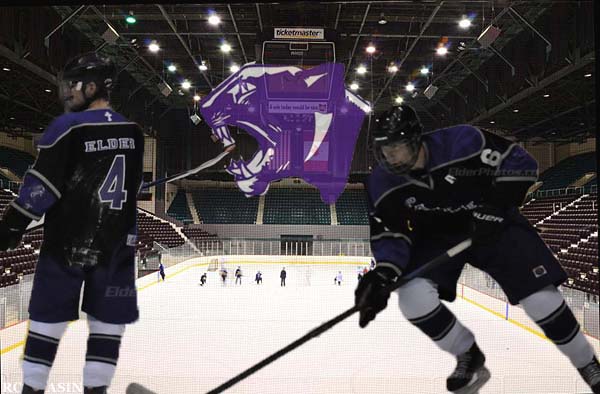 You are reading this story due to the requests of the hockey players demanding that they have a story in The Purple Quill after Elder jumped off to their best start ever.

With an impressive 12-3- 4 record. Many people don’t realize the success of the Elder hockey team due to the fact that they never been to a game. Here at Elder they don’t talk about hockey as much as they should. Elder hockey has been gifted with quite of a lot of talent this year, with senior Matt Wall, Camryn Olding, Junior Ron Larkin, and Mike Wynn.

Elder hockey’s home arena is the Cincinnati Gardens where they are currently 5-3-1 which is rather impressive. I got the chance to interview some of the players including Camryn Olding who was thrilled to talk about the season.

Elder has won some solid games like the LaSalle game where they pushed them to basically quit because they couldn’t take the slaughtering they were receiving. But the biggest game they had was yet another GCL game when they were able to score a goal to tie the game with seven seconds left.

Many people have not heard of Coach Del-Prince, but he is making a change in Elder hockey that nobody is seeing. With the best start ever in hockey he deserves a lot of credit. I thought it would be a great time to talk to him.

“It’s a good start to the year after many years of not being on top,” he said when asked about the so far season. The only question is now will the hockey team be able to keep this up the next year and year after that? After I talked to coach Del-Prince he seems to have no worries because he told me “they have a lot of young talent.” As you can tell he has a lot of confidence in his team to be able to compete with anybody that they are up against.

Elder hockey has only one request to the Elder community and it is just to come out and watch them play, they have proved that they deserve some students at their games. Elder has three homes game left against Sycamore, LaSalle, and Centerville which will be a fun games to watch especially the LaSalle game because it shows how dominant Elder really is.