From Cuba to Florida: was it easier than we thought? 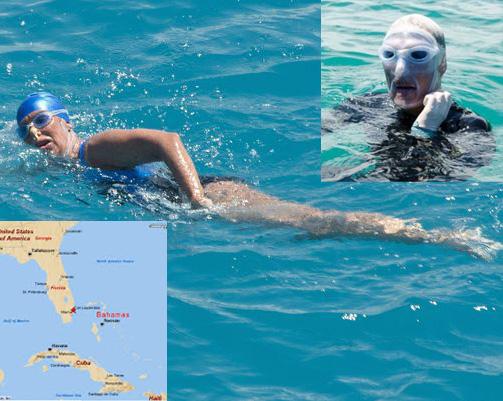 Mark Twain once said, “Age is an issue of mind over matter. If you don’t mind, it doesn’t matter.”

Nyad said that this would also be her final attempt if she had not made it. Obviously a swim like this would be a difficult one but some members of the swimming panthers seem to think they could accomplish it. Zach Goodwin, hopeful swimmer for Elders 2013-2014 swim team commented on Nyads journey.

“I used to swim in the 6th and 7th grade. A swim like this would be possible with an upper body like mine.”

Either way, swimming 110 miles is an impressive accomplishment.

As impressive as it is, was it easier for Nyad than we thought? Some skeptics are questioning whether or not she had help along the way. Some are saying that she had the boat, which was along her side during the journey assist her during a faster segment of her swim. Some are also questioning whether she violated the traditions of the sport, using a specialized mask and wetsuit to protect her from jellyfish.

Nyad’s navigator, when confronted about the cheating told the press that she never cheated, only a swift current allowed Nyad to have a burst of speed. Also, neither Nyad nor her team agreed to follow the traditions of the swimmers.

Even if these allegations of cheating are true, Nyad’s journey from Cuba to Florida is still an impressive one. Not only has this never been done, but for it to be done by a 64 year old is even more impressive.

Most 60+ year olds wouldn’t even think of attempting this. Like Mark Twain said, age doesn’t matter if we don’t mind. Something like this can be accomplished by anyone.