Will the destruction ever cease? 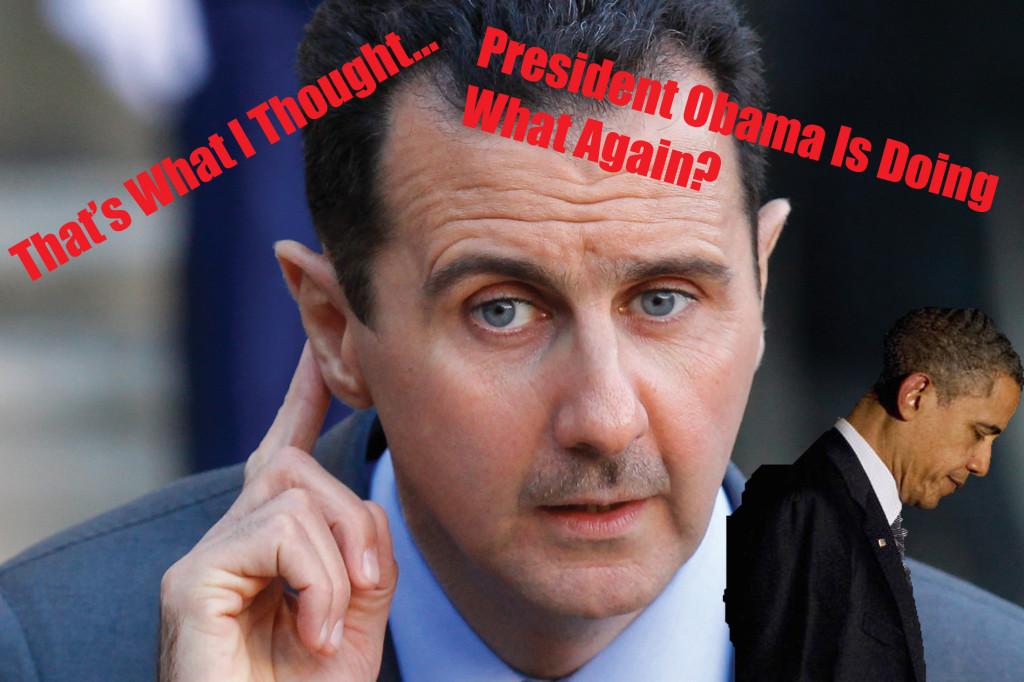 A man named Bashar Al-Assad has been terrorizing the people of Syria. He has killed more than 100,000 citizens within Syria and most of them are defenseless children and families.

Now if you ask me that should be something that people raise an eye too. The government is trying to do everything and anything they can to stop this destruction, but nothing seems to be working. Throughout the past couple of weeks, there has been a lot of controversy about what has been occurring over in Syria.

This topic does not go unheard of throughout the halls of Elder, so I thought I’d ask around to get some opinions.

Senior Andrew Holiday gave me his insight on the issue.

“What Syria is doing is awful no doubt about it.” He thinks that we should bomb Syria before the issues over there get any worse than they already are. “Assad has taken many lives someone needs to take him out,” said Holiday.

There have been some skeptics about how our allies would react if we were to attack. We need allies with us if we make any rash decisions. As for our people over in Washington, President Obama has been trying for two weeks to get something passed to bomb Syria.

The people in the White House have their fingers crossed.

It won’t affect the alliance – it’s just going to stop the attacks on people. The U.S. government doesn’t want to sit around and do nothing, but they don’t have the necessary support right now to take any actions. Prayers have been sent to Syria and hopefully this destruction can end, sooner rather than later.