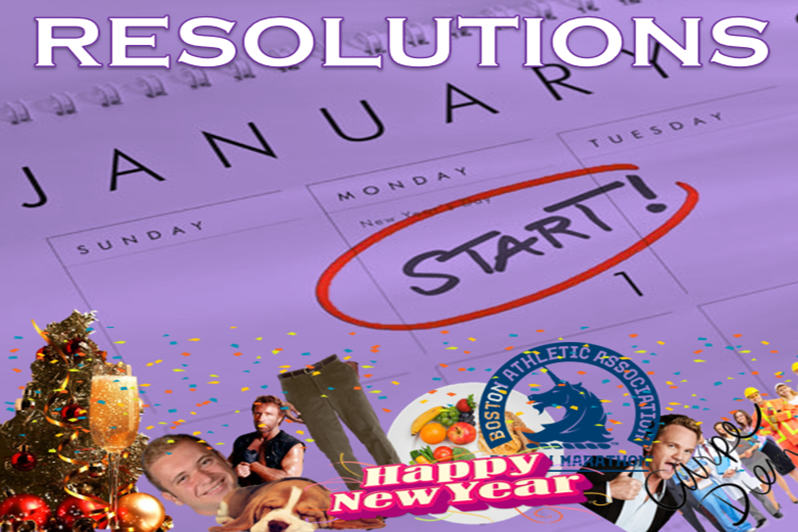 “New year, new me” is one of the many cliches heard around the holiday season. As people embark on yet another calendar year, they want to make improvements to ensure that the next 12 months are better than the last. Over the first week of 2017, I went around the halls of Elder to see who was keeping up with this ancient tradition. From the sincere to the strange, here is what the men of Elder High are planning to change in 2017.

Gerhardt is in Gergen’s first period government class. More often than not, Gerhardt throws some nonsense out of left field that sets Elder’s best political philosopher into a frenzy. For instance, Gergen asked if the House or the Senate was more powerful. After strongly hinting at the answer being the Senate, Gerhardt still had the presence of mind to say the “the House.” Then after getting corrected, Gerhardt claimed that the House was more powerful two more times later in class, and Mr. Gergen was floored. For the sake of first period government, let’s hope this resolution is fulfilled.

Surprisingly, Gerhardt is not the sole cause of this impatience. Gergen deems one student to be the “T.A.” or teacher assistant. This person sits at the computer, brings up documents, finds stuff on the internet, and scrolls through notes while Gergen talks up front. Being the T.A. is a demanding job, and Gergen is the harshest critic. The T.A. is expected to act fast; if Gergen brings up a politician – the T.A. better be pulling up a picture. If Gergen wants to bring up a word file, it better be up in the blink of an eye. If Gergen wants you to scroll up, you better scroll down (yeah, it’s confusing). The T.A. should expect the daily “common man,” “you’re off your game,” and Gergen’s perplexed stare down following a mistake. I think all T.A’s would be relieved to hear Gergen’s 2017 is going to be much more patient.

Nieman let me know that he likes to snuggle with his pup, and some relaxing naps with his dog will help him get through 2017.

He did not tell me how he would do it, but Groh intends to make the most of each day.  Only time will tell if this is a sincere resolution or just another one of Groh’s generic motivational proclamations like the classic “Groh up.”

Duncan Rackers: “Get to know Tim Doren less, recede my friendship with Tim, and start a diet.”

Tim Doren is the scapegoat of  the senior class. All bad things start with him, and all good things end with him. Why? No one really knows, but Tim never seems to catch a break. For years, he has just been that guy. He can barely get a word out without his peers jeering, he cannot go a day without getting roasted, and Duncan, like many, are ready for him to keep feeling the burn. Here’s to a “Tim Stinks” 2017. Oh yeah, Duncan wants to eat more fruits and veggies this year too.

Corduroys date back to the 18th century and have not been at the center of the fashion world since the 1960’s and 1970’s. Conway will have a heavy task of reviving a classic style that many feel is past its prime. With only 360 days left, the odds may be against him, but in Liam we trust.

I approach Weinhemer, and I ask him what his new years resolution is; he pans his rambunctious class then looks back at me. With a fierce scowl, he lets me know that 2017 will not be a fun time for his students.

Michael Huschart: “Get to bed before midnight.”

As a marathon runner, sleep is the key to success. Huschart is looking to get plenty of rest as he prepares to take on the Boston Marathon this April.

Relentless, no mercy, no nonsense – Quatman seems ready to trample any student dumb enough to stand in his way. Let the brick sheets rain Mr. Q.

With no regard for Noeth’s feelings, Roll’s savagery took over, and he let his true self come out. Noeth and Roll’s “friendship” may be heading for rough waters in 2017.

Approaching adulthood, Ian feels its time to make some cash of his own.

With football ending in November, it can be hard for Hambleton to keep his physique, but he feels a healthy diet will keep him in prime shape.

Sullivan sounds a lot like How I Met your Mother’s Barney Stinson who finds complete satisfaction with his “awesome” life. It will be interesting to see if Sully can keep up with his personally high expectations.

Schroer told me there would be a lot of things he would want to do, but he knows he will not do them. In all fairness, most people with resolutions don’t follow through anyways, so I respect the honesty.

A man who makes Chuck Norris quiver has no more room for improvement. Period.

When one year dies another one is born. Similarly,  many people try to kill the old, bad habits and set new, good goals. While few people fulfill their resolution or even have real ones, this classic tradition just never seems to go away.