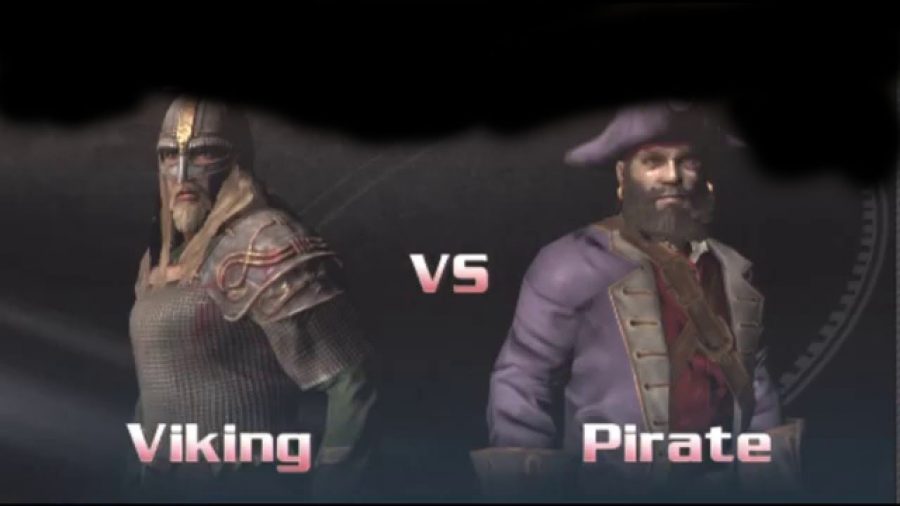 A debate over the seafaring groups of history

The argument over which seafaring group is better is a heated debate, but in my mind there is no debate to it. Vikings and Pirates both have their good qualities, yet the pirate life is much more appealing. “Better” is not the most clear criteria, so here is a clarification: Which would you rather be? and Who would win if they battled? I think in any case the answer is Pirates.

The trickiest part of arguing against the vikings is the simple fact that vikings kind of are pirates. Pirate means, “Someone who attacks and robs ships at sea” which the vikings did do, but there are many differences.

Nordic Vikings were around from around 790-1066. This period was known as the Viking Age of Scandinavian History. Senior Dave Dabbelt added,  “Vikings go into villages to pillage and destroy everything in sight.”

This is a common understanding of them today. Folklore about these vikings portray them as viscous raiders who conquered those weaker than themselves and fled the stronger armies. They would set up mutual trading agreements with those of similar stature or their “neighbors” or the communities directly surrounding them.

Pillaging was brutal, and they did not just stay near Scandinavia. These Vikings are considered to be some of the most advanced voyagers as they had the best Navy of that time period and were about 600 years ahead of Europe in terms of navigation. Their boats were not war ships, but vessels that glided low and quickly on the water so that they could arrive on shore and pillage your port city.

This is the greatest difference between pirates and vikings.

Pirates had giant war ships that were often equipped with cannons and other wartime weapons. They carried masses of people that were unmatched, and they too had an extremely advanced navigation pattern and understanding of winds. The ships did not travel nearly as fast as the viking ships, but they did, however, add the intimidation factor of actual war at sea.

Vikings relied primarily on their size and brute force while attacking their enemies. “They are big bad and buff. They are fearless and don’t need guns to win battles,” Connor Lohmiller told us.

Meanwhile Pirates held various other forms of attack such as ambushing cargo ships while they were vulnerable, being tricky and swindling expecting merchants, as well as the more common warlike attacks.

This sly attitude of the pirates appeals to a broad audience including Lucas Downey who talked about how he would much rather be a pirate because they have “warmer climate, better chicks, cooler clothes, better lifestyle, cooler ships, (they are) grittier sketchy people.” He compared it to the viking life saying, “I’d rather be a pirate because I live a more carefree life style compared to a viking in which I feel like has a lot of honor and pride and such.”

Vikings set out for conquests of cities and villages and would pillage the victims homes while being incredibly cruel. Pirates, on the other hand, preferred to finesse their loot with as little attention as possible, aside from the rare brutal pirate group.

Although both groups were incredible swordsmen, only one group was commissioned to be body guards for Kings of France, the vikings. It was thought that vikings were some of the most loyal men of their day. Their enormous stature as well as their skill with swords and battle axes were valuable enough for them to be guards of hire for many kings.

Pirates, however, were rarely trusted as they had earned the reputation of being masters of deception. Their swordsmanship was usually only used during one of their many heists.

Furthermore, the viking communities were most often farmlands that were fairly spread out, meaning towns were unusual for any of their settlements. When not in battle most vikings were farmers and lived simplistic lives in cabins.

The pirate communities were hardly ever established off of the boat. Some Pirates were thieves between their missions but solely pirate establishments were not common. Dabbelt mocked them saying, “Pirates are mostly seaman who take over ships.  Pirates are weak men with one leg and an eye patch.” However, Max Ernst fired back arguing, “Who wouldn’t want to be a pirate? Drinking rum all day, having a peg leg, stealing booty and treasures from other ships. I would go as far as saying that Captain Jack Sparrow is my biggest role model.”

However, life on the ship was definitely a strict society. ‘The Pirate’s Code’ was a real document that was signed by every pirate before they began their voyage. In this document the rules for the ship, including curfew and behavior restrictions, was the crew’s payout for any loot. Any attempt to take loot for one’s self was against Pirate Code. If you were caught breaking code, the punishments were hefty. ‘Walking the Plank’ is a myth, but the crew often threw men overboard or marooned them on a remote island.

The argument of who would win if they had battled each other is a pretty intense debate on the internet, and it even has animated simulations to portray how it may go, and Dabbelt has his own version. “Vikings are some of the strongest men in the world who would destroy the living snot out of a measly pirate,” he exclaimed. “BANANAS move to pick a pirate in a battle over a viking. Literally pirates stand zero chance. Have fun with scurvy.”

Even pirate fan Lucas Downey admits that vikings may have the upper hand, “… vikings lowkey just because they were insane. Some real crazy dudes. Pirates just want to steal and party. Vikings want your soul.” Ernst, however, disagrees, “Pirates would demolish vikings in any type of battle. Easiest decision of my life,” he said. “The amount of grit and immoral behavior that pirates obtain is unmatched; you can’t teach that stuff. Pirates by 1000.”

Although we will never fully know the answer to this hypothetical question, we can imagine what it would be like if these fearsome groups squared off against each other. The pirate life is still around today especially in places like Somalia, they are still the most feared sea faring group and the cause havoc among ship captains, as seen in the movie Captain Phillips.
Both groups were very successful in their hay day, but the vikings became civilized and settled down. The pirates are still sailing around looking for trouble and have captured so much intrigue that the movie franchise Pirates of the Caribbean carries out their story. Buried treasure, Pirate’s Code, and War at Sea? A pirate’s life is the life for me.
View Comments (4)