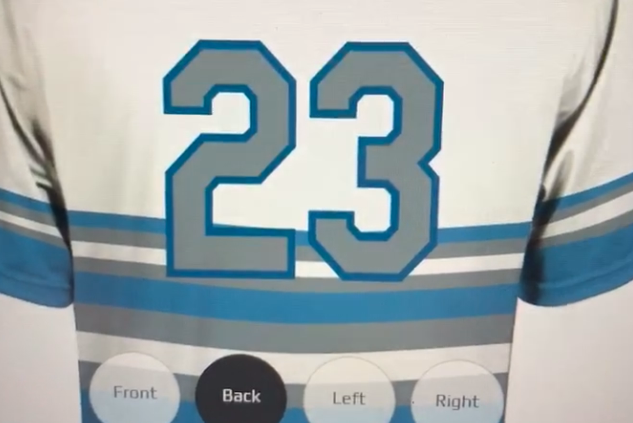 JK Stucco, the new team on the block

Softball has become a very popular sport for students in the summer, and a group of seniors have put together one stellar group of players for the 2017 Rumpke Softball season.

JK Stucco is the name of the team, in part because of  team manager/head coach/third baseman Austin Watson allowing his dad’s friend to sponsor the team. JK Stucco consists of twelve talented ball players and Jake Freudiger.

The roster of the squad looks likes this:

#00 Nick Niehuas: Nick is one of those once Elder baseball guys that will see time primarily in left field. His bat will set him at the top of lineup and he will be one of the most reliable guys on the team.

The squad’s looking good, I think we have a shot to win a game or two.”

#1 Jake Freudiger: The pitcher from Our Lady of Victory will bring his Elder baseball talents to the softball field. He will take up much space on the mound so hitters will have a tough time getting it past him.

#2 Max Bartholomew: The lone non-Panther on the squad will bring a talented bat and will cover a lot of ground at second base.

#3 Adam Schwallie: The once Elder shortstop might become an All-Star on the softball field. He will see time in the outfield and shortstop, and his bat could find himself in the middle of the lineup. His speed will bring wreak havoc catchers around the league.

#5 Joe Brockman: An outfielder and second baseman, Joe will become a reliable asset for the team. He makes little to no errors and will bring in the big hit when the team needs it most.

#11 Trae Amend: Trae will be put in the outfield and the rest could be a little bit of a mystery until the season hits.

#13 Cole Carle: Never officially played for Elder, but after spending two seasons with the Panthers, will bring more experience to the squad. I will reside in the outfield as well as occasionally anywhere else but pitcher.

#14 Sam Poli: P.P.P will bring Elder baseball talent to Stucco. He will primarily be at first and catcher. As well as bring a big power bat to the lineup when he doesn’t need to hit the restroom.

#19 Austin Watson: Bubba will be the third baseman, and will bring a reliable bat to the lineup. He will get the job done. Also he is the head coach and the enforcer for any suspensions that need to be handed out throughout the season.

#28 Jayden Schwallie: Jayden is the starting shortstop that will bring a power bat and a good fielding range at short. He keeps errors to a limit and will be very successful.

#31 Matthew Trotta: Trotta is another power bat in the lineup and another former Panther baseball player. His outfield abilities will be a crucial part to the team’s success.

#69 Ryan Browne: Browne is another outfielder and will surprise teams with his hidden athletic abilities. Don’t sleep on Browne as he will swipe basses at any point in the game.

With Freudiger taking up some space, I feel like he’s going to be good on the mound.”

#99 Nick Harris: Harry will bring the motivation for the team. He won’t be afraid to get on his teammates if they are not playing up to par. His bat will bring fear to opposing pitchers and he is the best catcher in the league.

It should be a successful year for the JK Stucco squad and we hope our fans can make it out as well when the season starts this summer on Thursday nights down at Rumpke Park. Also note that the featured image of this article contains a preview of the team uniforms.