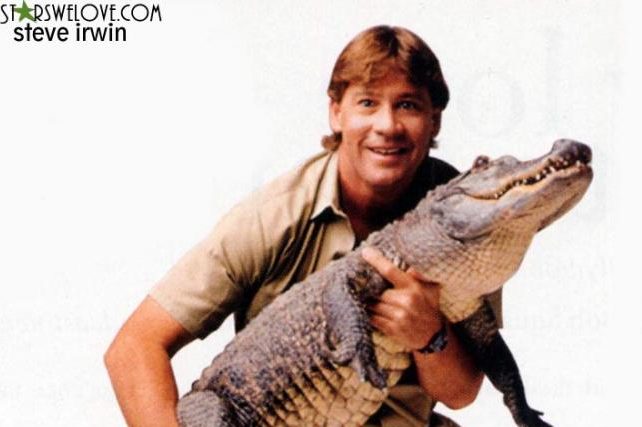 The Crocodile Hunter lives on

Stephen Robert “Steve” Irwin or The Crocodile Hunter was an icon for any nature or animal lover. Most people my age tuned into his show at a young age to be educated on the many different animals that Steve dealt with. In the eyes of many, he was larger than life and defied the rules of death.

This made it surprising when news came out of his death on September 4, 2006. He had been exploring in an Australian Reef with sting rays along side his camera man and friend when

one sting ray reportedly stabbed him hundreds of times. “Steve is one of my biggest heroes,” Lucas Downey said, even suggesting one day getting a Steve

Irwin tattoo.  Just an all around tragedy.” Some solace is gained knowing he died doing what he loved, and I am sure he would not regret his decision to live his life of adventure.

The news was tough to take, especially for his young audience. Sam Otten recalls the day, “I remember thinking it was impossible. There is no way this guy could die, not even the biggest crocodile could kill him.”

When thinking of what Steve did, and the risky situations he voluntarily put himself into, it makes sense that an accident of some sort would happen just because how unpredictable nature can be. However, it was a feeling of disbelief that came along with this terrible news due to the immortal attitude that Steve Irwin possessed.

His cameraman recalls discussing with Steve prior to his death that it would never be a ‘croc’ that would kill him but it would be something less significant since he knew how to deal with the monsters. Steve even said, “Crocodiles are easy. They try to kill and eat you. People are harder. Sometimes they pretend to be your friend first.” This indicates he knew he was a mortal, but still shows he was not fearful of his job.

He is famous for taming the untameable wild and daring to not only get near some of the world’s most dangerous animals, but actually grabbing them so his camera crew could get a good angle of these beasts.

During this time, Steve’s show was completely unheard of because nobody else was documenting this kind of hands on footage. It was not just about proving he could do these crazy things; The Crocodile Hunter wanted to show his audience another side of these animals and educate the public of the different habits of each particular animal.

“He for sure changed TV as we know it today. No one else was going out in the wild when he was with a camera crew,” Downey said. “When you tune into any nature network you will find dozens of shows that wish to recreate the thrill that The Crocodile Hunter provided for us. Now everyone and their mother has a nature show on Discovery channel or Animal Planet.”

Lucas is not wrong. Shows like Man vs. Wild, Hillbilly HandFishin’, Naked and Afraid, River Monsters, and countless other shows have tried to recapture an audience the way Steve Irwin did, but none of it seems quite as organic because nobody can match Steve’s passion for what he did.”If I’m ever 20% as happy as he was in whatever career field I pursue I know that I did it right,” Downey said. “Crikey, that guy loved what he did.”

Sam Otten joined in calling a majority of the other shows garbage and adding, “Discovery and Animal Planet have a few good shows that Steve would be proud of, but most are run by posers who don’t have even a fraction of the passion of The Crocodile Hunter.”

His crazy antics mesmerized viewers of all ages, Lucas reminisces these days, “Growing up my most vivid memories are coming back to my grandmas house post school and diving into the crocodile hunter everyday,” he said. “Crikey! Man do I miss it.”

His show was like something you have never even imagined, the way he could just approach a beastly animal as if they had been friends and harness it during its attack. Beyond his incredible bravery, Steve Irwin was a genuine dude who wanted to use his gifts in nature to help excited and intrigue viewers. “I would love to spend one day living the life of a Crocodile Hunter,” said  Otten. “They have such a bad*** mentality and just do dope stuff their whole lives.”

One of his many quotes says, “I believe that education is all about being excited about something. Seeing passion and enthusiasm helps push an educational message.” which explains why he was always exceptionally happy and up beat during his show.

I attribute my animal loving nature to growing up watching The Crocodile Hunter and seeing the beauty of animals and the world around me. Lucas shares a similar inspiration saying, “Personally, Steve has taught me never to stop exploring, to push myself to the limits, and in the end to go for it.”

Steve Irwin has inspired many people and probably none more than his children Bindi and Robert Clarence Irwin. They were both exposed to The Crocodile Hunter lifestyle as infants, but their father passed away while they were still  toddlers. He did, however, dangle his son over a crocodile entrapment, striking fear

and criticism from many of his fans. It was just prior to his death that he met with his father, Bobby Irwin, and said he would be slowing down his work soon so could spend more time with his children. He depicted the situation saying, “You never expect that’s the last time you’re ever going to see your son, but I certainly had a feeling he sensed something was about to happen,” adding that he could feel the ‘weight of his pain’ in his final handshake.

His children have not strayed too far from their father’s path as they now and have taken action making a wildlife preserve in Australia and celebrate Steve’s life November 15th every year. The kids

have also been dealing with crocodiles, fearlessly following their dad’s path. Crocodile Hunter fans have mixed emotions listening to and watching his son Robert speak and act, as he is a young replication of his father.

Although Steve Irwin may be gone, The Crocodile Hunter will live on through his legacy. He changed television and shaped a generation of better educated animal lovers, and his children are already on a path that is paved by Steve. Through his passion and genuine excitement to do what he did, Steve Irwin has become a legend of the nature television industry and his mark will last forever.