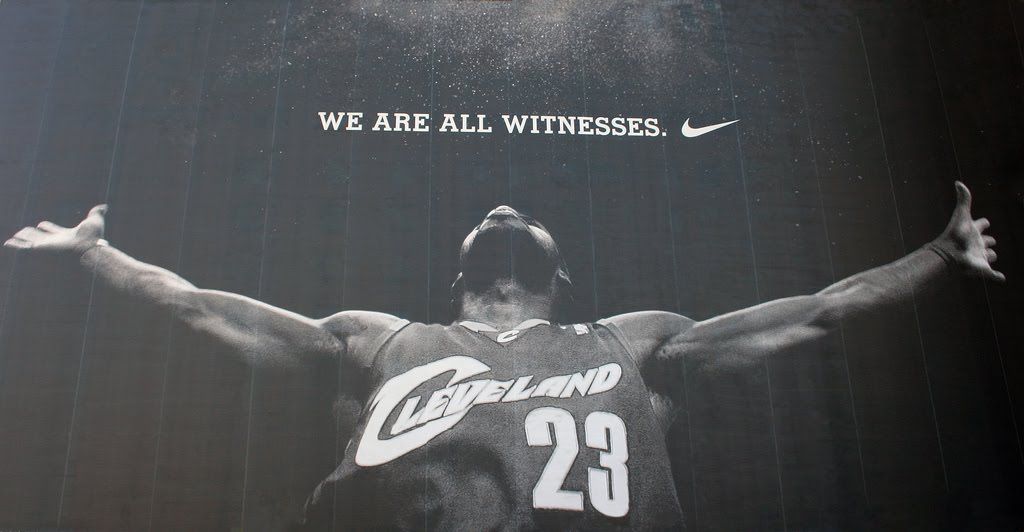 This is the best Lebron we’ve seen yet

It's Lebron's world and we're all just living in it.

The unstoppable version of Lebron is what we saw against the Toronto Raptors in the Eastern Conference Semifinals, as he drilled three after three and took defenders off the dribble with ease.

James was dominant in the series, averaging a cool 36 points, eight rebounds, and five assists per game. Oh, and he shot a scorching 57% from the field, 48% from three, and an uncharacteristically good 83% from the free-throw line.

Raptors’ Guard, DeMar DeRozan, was pretty much in awe of James during the series. After a 39-point outing in Game Two for the Lebron, DeRozan offered anyone who could stop the Cleveland superstar one hundred dollars.

After getting swept by the Cavs, DeRozan said, “If we had Lebron on our team, too, we would’ve won.”

Yes, you would’ve won if you had Lebron. This version of Lebron could’ve led a high school team to a NBA playoff series win.

This series wasn’t an outlier. Lebron was the same way in his first round series against the Pacers. We’re currently seeing the best version of Lebron yet. He’s improving at the age of 32. And for the rest of the league, that’s scary.

James put together another MVP type of regular season. He averaged 26 points per game, along with just under nine rebounds and nine assists. He would be a shoe-in for MVP if Russell Westbrook and James Harden hadn’t had record breaking years. This greatness is expected from James though. It’s almost unfair how high the expectations are for him, and yet he exceeds them year in and year out.

The interesting thing about these numbers is that many people accused him of taking nights off and not focusing on his regular season play. An “unfocused” Lebron James messed around and almost averaged a triple-double.

Once the playoffs hit, the focused #23 came out headhunting. He easily swept the Indiana Pacers and the Toronto Raptors in back-to-back series. James led the same “struggling” and “overrated” team to two quality series wins.

In these playoffs, he’s averaging 34 points per game, to go along with nine rebounds and seven assists. So he’s putting up similar numbers to the regular season, but adding an additional eight points a game. James also became the first player to put up at least 35 points in every game of a four game sweep, during the Conference Semifinals.

The league leader in minutes played per game over the course of the 2016-2017 season, Lebron has upped his minutes even more in the playoffs thus far, playing 41.2 minutes per night. That’s an astronomically high number for a 32-year-old 14-year NBA veteran. He hasn’t slowed down either, as he refused to come out in the fourth quarter of Game Four versus Toronto.

The biggest part in Lebron’s game right now isn’t even his skill. It’s his confidence. He’s toying with opposing teams. The man literally spun the ball on his hand like a Harlem Globetrotter before hitting a three right in Serge Ibaka’s face.

He’s also shooting threes with Stephen Curry-like confidence. Lebron has always been skeptical of his own jumper. It’s never been his strong suit, but he is shooting threes at a 47% clip in these playoffs. This high percentage isn’t because of a small sample size either. He’s hoisting up a career-high 5.9 threes a game. He shot better than 40% in all four games against the Raptors, not to mention five of twelve from downtown in Game Four, specially two of five in the four quarter.

This willingness to shoot long-range shots, especially in the latter stages of games, adds new wrinkles to the Cavaliers’ offense. A 48% three-point shooting Lebron keeps defenses from collapsing in on penetrators like Kyrie Irving. This allows Irving to score easily in isolation, or kick out to open shooters (including Lebron) if he is double teamed on the drive.

Also accused of playing lackadaisical defense during the regular season, Lebron has raised his defensive intensity in the playoffs as well, playing significant minutes guarding Paul George and DeMar DeRozan in his first two series.

All of this has led to the Cavaliers being a well-oiled machine and jumping out to an undefeated 8-0 start in these playoffs. Having already clinched a berth to the Eastern Conference Finals, Lebron now has a week to rest before taking on the winner of the Celtics/Wizards series. All signs are pointing to seventh straight finals appearance for Lebron James, and with him clicking on all cylinders, opposing teams better watch out and come up with a solution to mitigate his impact before the championship confetti rains down on James and his Cavaliers.