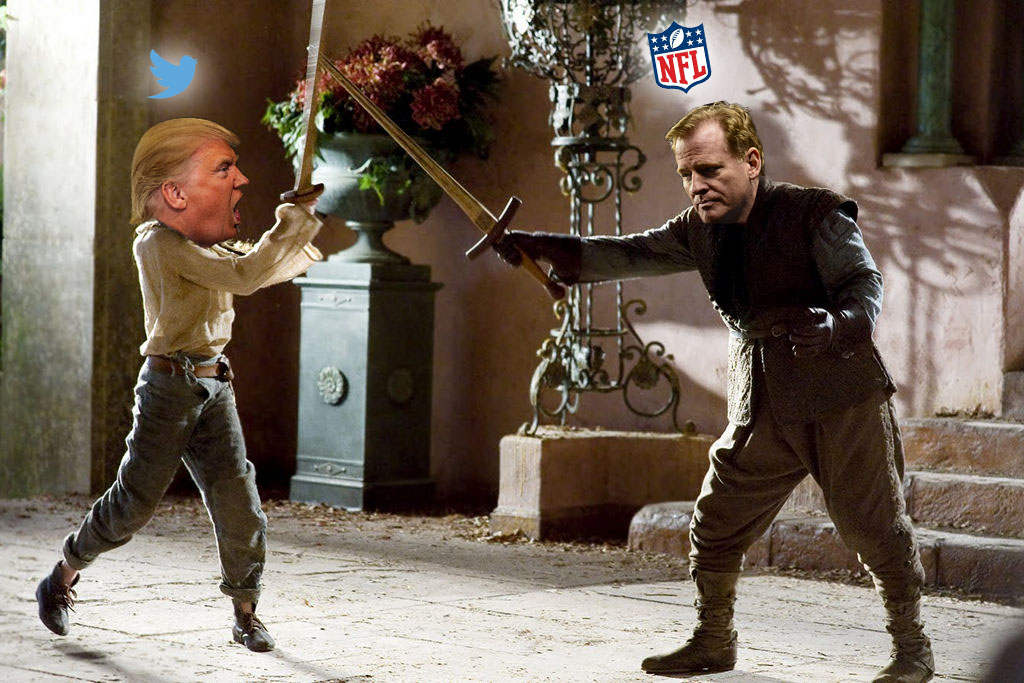 The NFL players’ protest has been a topic of heated debate in recent news. Some are cheering on the players as they draw attention to very important issue while others are wondering what cause they are even protesting at this point.

“I’m not sure if they are trying to cause any real change, or if they are just trying to bring attention to a cause… I’m not really sure what their one directed cause is,” said Mr. Bengel.

The protest started last season with Collin Kaepernick who was the starting quarterback for the 49ers at the time. “It started because Kaepernick was protesting police brutality and inequality… He started out originally sitting,” said Jack Harrison.

The protests started off with the same reasons as last seasons: police brutality and racial inequality. The protests have on a new meaning in recent weeks. Trump condemned the protests, and now people are wondering what the protests are about.

“I think the NFL players are protesting because everyone else is and they don’t know what exactly is going on, but they are doing it because they think it will make them better… I think it’s because they’re going to gain popularity from it,” said Nick Folzenlogan

The Steelers and Cowboys took a different approach to the protest. The Steelers stayed in the locker room during the anthem like more high school football teams will do. This was an attempt to keep the team from looking divided between those who stood and those who did not.

The Cowboys, including Jerry Jones, united in protest and in patriotism. The Cowboys knelt together before the anthem. Then they stood in reverence during the anthem. This made sure people knew they were not protesting the flag while they still cared about the issues other NFL teams were protesting.

“I think taking a knee before the anthem works better than during because it shows you’re still supporting the country,” said Mr. Bengel.

This has caused a new debate on what is the best way to protest. “Do I think the protest could be done in a better way? Maybe but I don’t know what that way is,” said Mr. Bengel.

The debate is going to continue as to whether or not players should be protesting and what they are actually protesting. There will be people who think they should be fined or suspended for it like Folzenlogan. There will be people like Bengel who acknowledge that it is their first amendment right to protest while also realizing that the NFL is a private company that could put a stop to it if they wanted. Then there are people like Harrison who believe that they are peacefully protesting and that people shouldn’t be angry about it.

The big question now is, “Where and when does it stop?” Mr. Bengel believes the only group that can stop this is the players’ union. “At this point you would need the player’s union to come up with a unifying statement of what this protest is about,” said Mr. Bengel.