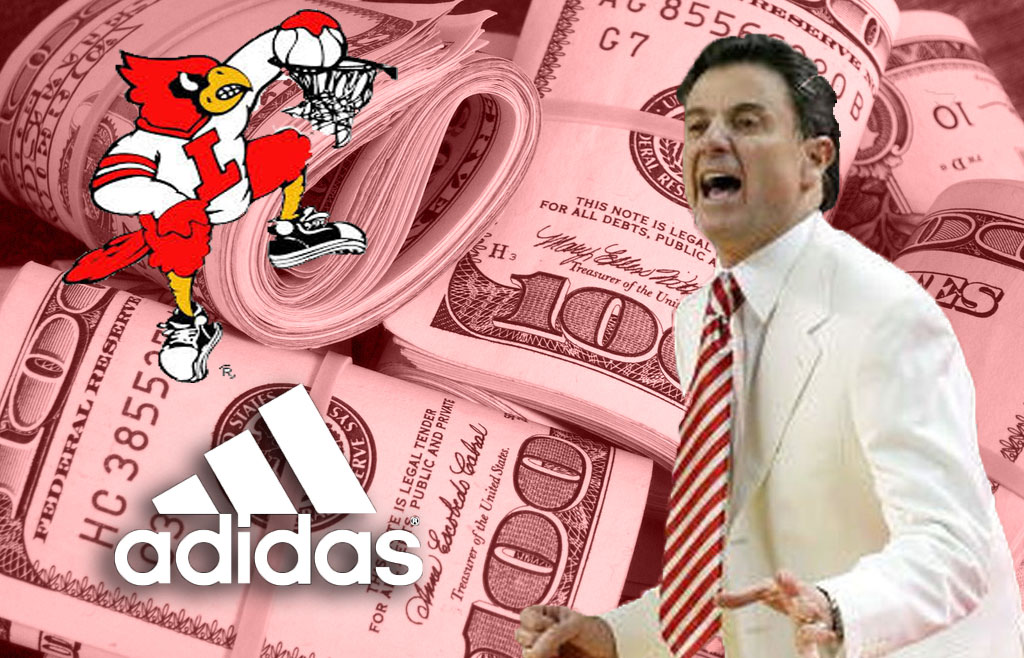 Scandal strikes again in the NCAA

In the latest men’s college basketball news, a handful of historically good basketball programs were busted in a scandal involving the illegal recruitment and payment of players.  Universities such as Auburn, Arizona, USC, and Oklahoma State and two unnamed colleges matching the descriptions of Louisville and Miami were caught committing fraud and bribery involving the recruiting of players.

The punishments range from being fired to even facing arrest and criminal charges for many coaches, managers, financial advisors, athletic directors, agents, and even some chief reps for Adidas. At least ten arrests have happened due to the funneling of thousands of dollars to get high school players to commit to play at a certain college. Louisville has since fired head coach Rick Pitino as this is the second scandal under his rule at the U of L. The FBI investigation was first started in 2015 and has just recently caught some colleges and it wouldn’t shock me if the investigation continues to expose programs for committing fraud.

Most of the money was given to coaches by certain apparel brands to ensure that some of the top athletes would be able to showcase their brand through college. This would lead up to an eventual contract signing the athletes once they start careers in the NBA. Many of the top brands such as Nike, Adidas, Under Armor, rely heavily on colleges to showcase their apparel and to expand their markets to an even greater number of customers. This occurs even though the NCAA prohibits companies to use athletes to endorse brands. The role that college sports play in the marketing of brands is crucial, as shown two years ago when the Texas Longhorns and Nike signed a fifteen year $250 million dollar contract.

For the average college sports fan this comes as no surprise, college basketball has always been associated with cheating and the illegal payment of players and it’s not a surprise when a college is caught doing either of these crimes. This is definitely one of the bigger busts in college basketball and as for the fate of the teams at hand this season, restrictions are still undetermined at this point.

The University of Louisville fired head coach Rick Pitino last week along with their athletic director Tom Jurich.  Jurich was fired after he refused to fire Pitino. The university decided to send them both out the door in one fell swoop, although Jurich is on a paid leave whereas Pitino is unpaid. Rumors of Louisville potentially bringing back Jurich are being spread as the Cardinals seem to be desperately trying to get him back onto the staff. The firing of Pitino is of course expected as this is the second scandal that has occurred under his reign at Louisville. The first involved providing recruits with an escort service and it officially came out in Katina Powell’s book Breaking Cardinal Rules: Basketball and the Escort Queen. She has said she was very sorry for exposing the Cardinals after her book was published. Pitino was allegedly unaware of the events that occurred between players and the escorts and laid the blame on former Louisville player and staff member Andrew McGee.

Unfortunately for “Slick” Ricky Pitino the second time is the charm and this time he lost his job instead of being suspended for a few games. As expected, rival fans from the University of Kentucky have taken twitter by storm with jokes poking fun at the continued trouble with Louisville sports. As of now for the Cardinals, Vince Tyra is currently in place as the interim AD as former Louisville center David Padgett has stepped in as the interim head basketball coach.

Padgett said that he took the job mainly for the players who are facing tough times right now playing at Louisville and that he is not wanting to coach for the long haul. Louisville is in a hot mess of problems and fans were not exactly reassured  by the 6′- 11″ coach’s answer to end his interview. Padgett was asked whether or not he feels comfortable being in the office of his former coach and predecessor to the Louisville head coaching job. He answered the question saying that he was unsure how he will feel  and he went on to say that nobody can get into the office as the locks were recently changed. The interview was awkward all around and to end on that note didn’t really leave fans with much certainty.

With Padgett being only a temporary fix, many coaches are being looked at to fill into the shoes of Louisville’s men’s basketball head coach. Among the most likely to take the job are: Tom Crean former coach of Indiana, Mick Cronin current coach for the Cincinnati Bearcats, and Gregg Marshall from Wichita State. A few other names that have come up include Chris Mack, Bryce Drew,Dan Muller, and Matt Painter. I think that the most probable candidate for the job is Tom Crean. He is probably the best current available coach who is not currently at another college,  he can recruit as well as just about anyone else. Louisville still has the pieces to have a top 25 finish and very well could with Crean at the helm. Crean is also clean of any run ins with the NCAA and he strongly despises cheaters. He certainly has the resume to step into arguably a top ten college basketball programs and settle down a few issues, and even get some pretty notable wins if he gets the job.