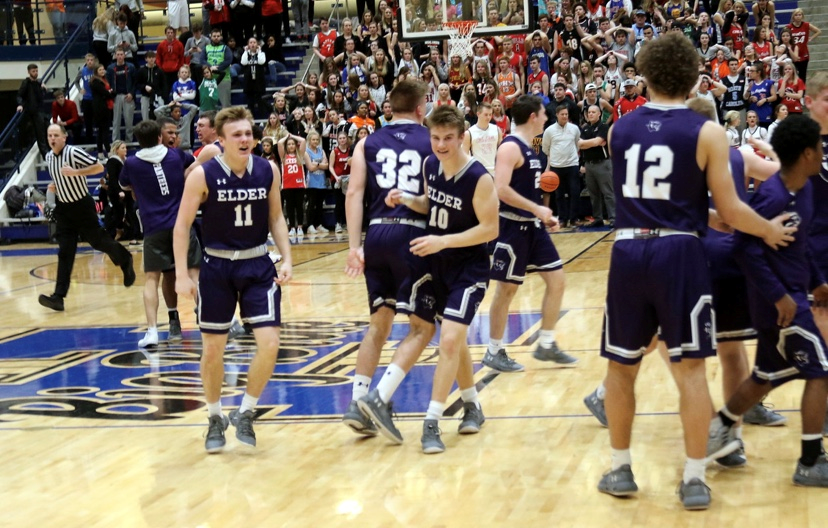 Panthers fired up after big play against Oak Hills

The Panthers are Back Baby

The Panthers are on a roll, and it doesn’t look like it is stopping anytime soon. They are currently knocking teams out left and right in the tournament and they just recently beat their rival Oak Hills out at Hamilton. I was curious to ask what are some of the reasons for this streak of winning games and what some of their thoughts were for the upcoming game at the University of Dayton against Springfield.

To answer some of the questions, why not talk to some of the players themselves? I spoke with Michael Bittner and Matthew Luebbe. They had some solid reasons for this streak, and their thoughts on the upcoming game were very exciting as well. First, I spoke with Bittner who is a key player for the Panthers, and here are some statements he made.

Some of Bitt’s reasons for this streak were pretty solid. He said, “We have really been connecting and playing as a team lately.” Also shooting has been on and off, but with the hardcore defense the Panthers have been playing, they don’t have to rely on all their shots falling every game. Defense has played a huge roll in some of these close games by helping the Panthers pull several victories.

Another important reason for the turnaround season is the emergence of MILK TRUCK! Bittner said that Luke Kandra, aka Milk Truck, has been a huge spark and does his job very well in the games. Another reason is the cheering section at every game, and the student body giving the players extra motivation to play harder, and to never give up. Michael also said, “The coaches’ preparations have played a huge part in the games and is a big part of the team stacking up wins along with the ability to finish and continually competing throughout.

On to expectations and thoughts for the upcoming game against Springfield in Dayton from Michael. He said, “It’s going to be a lot of fun and it is a rematch from the tough loss last year.” This was the team’s goal to get back to Dayton and win from the beginning. Getting a win this Saturday just brings them a step closer, and Bittner said, “As a senior, I’m going to bring it, and it will be nothing but special.” Bittner also said, “We got a really good draw for after we take out Springfield.”

On to Junior Matthew Luebbe, who is also a key player for the Panthers. Luebbe had some additional ideas about the hot streak. He said it was based on the depth of the Panthers’ lineup. He said, “We have a really deep team and with that we can throw out fresh guys when other teams only have a few go to guys.” He agreed that the defense of the Panthers has carried them. Also, he mentioned the MILK TRUCK of Luke Kandra and how he has been “plowing down everyone in their way.”

I then asked Luebbe what Saturday would bring against Springfield up in Dayton. He said, “Dayton is a place we have been looking forward to playing at and has been since the beginning of the season. Its finally come and it will be special.” He also said, “It is going to be an electric atmosphere and I can’t wait to run out on the floor with the guys and see the cheering section in the UD arena.”

Now let’s get out there in Dayton and cheer our Panthers to another victory.