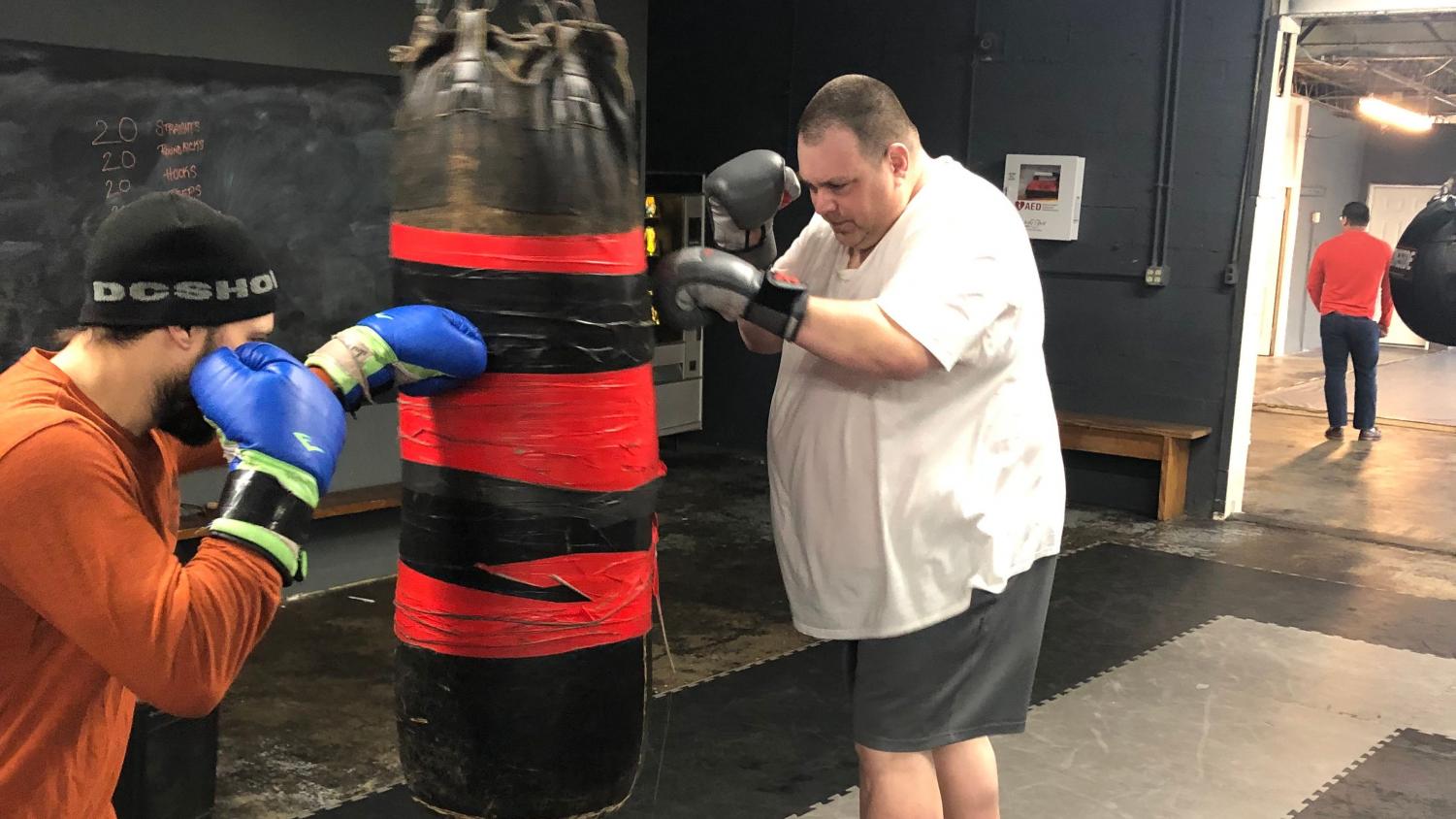 Matt Wahlert, Dr. Wahlert, Mr. Wahlert, whatever you may call him, the man is on the cusp of history.

Being in room 206, which was home to Mr. Spencer’s historic career, Wahlert started out the year with some big shoes to fill.  When many of us received our 2018-2019 school schedules, we had no idea who this “W” guy was. Little did we know he’d become one of Elder’s beloved so quickly.

Mr. Wahlert was at St. Henry since 2000. He even said, “I’m not a person who does well with change.” But some hidden quality came out from within himself as he made the transition to Elder.

Wahlert mentioned, “It did not take me long to fall in love with the Elder tradition and community. Year one has been a transition – new students, new schedule, new classes. But, those around me – co-workers, students, Elder community – have made it a great year.”

Furthermore, it’s quite clear Wahlert has taken a liking to the Elder lifestyle. He’s enjoyed his time so far and he has many memories and moments to reflect on during his first year with us: “I have had so many moments in year one that will forever be with me. The most memorable is the one I get to relive everyday – I come to school via Glenway to Beech Ave. The first thing I see is always the huge U.S. flag that flies over The Pit. It still gives me goosebumps. The flag reminds me of how the values of Elder High School intersect the best of what our country is all about.”

However, Wahlert’s students have been a huge impact during this school year. Nolan Neville, one of the students in Wahlert’s AP Government said, “The man (Wahlert) is awesome. I’ve never enjoyed a class or teacher as much as I have in government class.” Nolan also emphasized he was so blessed have Wahlert be a part of his senior year. Another student, Trenton Barrett, claimed that Wahlert has been a consistent spark to his senior year: “Wahlert has so much energy. It’s great to see from a new face at Elder.”

Wahlert is a teacher for the students. He’s a man for the people and the country he loves.

And recently, Wahlert has announced his campaign for Colerain Township Trustee. “Colerain has a board of three trustees that act as the legislative arm of the township but also often fills executive functions as well,” explained Wahlert.

It’s a big move for Wahlert as he continues to pursue a political career along with his teaching life.

In addition to his running for  Trustee, Wahlert pledged to a 150 weight loss during the course of his campaign.

And now through a month and a half, Wahlert gladly reveals he’s lost 32 pounds. I haven’t been one for a diet or weight loss, but 32 pounds in a month and a half sounds substantial. On that pace, our guy will be looking like LeBron James in a year, look out.

On a more serious note, Wahlert mentions, “Both dieting and working out have been difficult.” He’s also claiming that working out with a trainer has been the most challenging thus far. “He has the ability to drive me beyond what I think I am able to do. I know that is what I need but it does not make it any easier.”

Wahlert’s drive goes unmatched. He’s such a great character when it comes to beating the crowd’s perception of you. Let’s hope Mr. Wahlert is here to stay for the future Panthers to come. And let’s all wish and vote (if you can) for our guy – Matt Wahlert for Colerain Township Trustee.