A closer look at the streaming classic: Breaking Bad 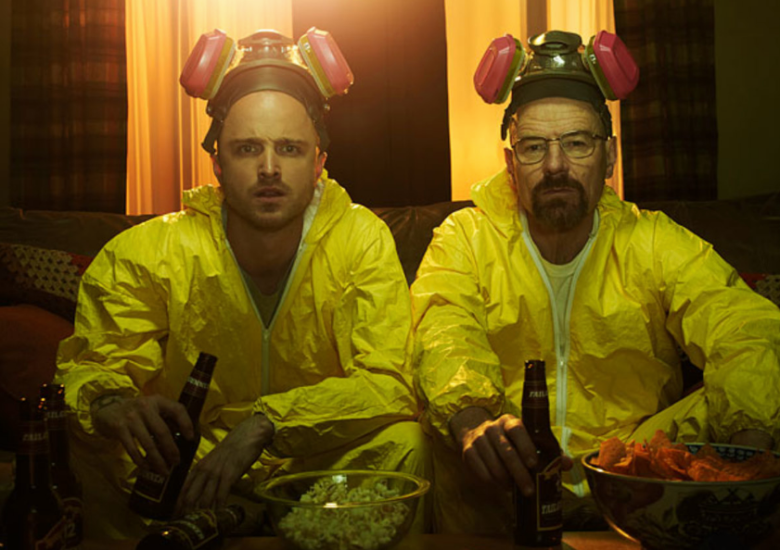 The drug business is already risky business, but imagine building a meth empire from the bottom up and racking in millions and millions of dollars on a weekly basis. For Walter White, this is his version of a fulfilling life.

AMC’s drama series Breaking Bad entails the fictional story of chemistry teacher turned crystal meth cook, Walter White. Walt is diagnosed with terminal cancer, and feels as if he needs to spice up his life in his remaining time. So, what’s more exciting than becoming the most infamous and powerful meth supplier in the nation?

There is no such thing as a dull moment or episode in this series, where in every episode, the plot thickens and more is revealed. After watching this show on Netflix, I am thankful that I did not have to wait for the next season to be released, because major cliffhangers were at the end of each season, excluding the ending.

The whole story takes place over a span of two years, starting on Walt’s 50th birthday and the series ending two years later in the show. The amount of times where the audience is thrown a curve ball and the plot gets hotter and hotter makes the show irresistible. If you’re watching Breaking Bad on Netflix or other on-demand sites, be prepared for long nights of binge watching this series.

The main characters are involved in the series from start to finish, and their character development and changes in personality are second to none. Walter White (Bryan Cranston) is who the series is ultimately about. But other main characters such as Jesse Pinkman (Aaron Paul), Skyler White (Anna Gunn), Saul Goodman (Bob Odenkirk), and Hank Schrader (Dean Norris) also play pivotal roles in the series. Each character provides a different point of view on Walt’s part in the meth business, and each of them greatly impact the everyday life of Walter White.

Other characters, such as Walter White, Jr. (RJ Mitte), Marie Schrader (Betsy Brandt), Mike Ehrmantraut (Jonathan Banks), and Gus Fring (Giancarlo Esposito), are not as consistent in importance as the main characters, but definitely are very impactful throughout the series.

The series is set and shot in Albuquerque, New Mexico. Produced, written, and directed by Vince Gilligan, the series has been nominated for 58 Primetime Emmy Awards, winning 16 of them. The series is also set to have a film made by Netflix titled El Camino: A Breaking Bad Movie, which is set to be released on Netflix on October 11th.

So what would be a good way for you to spend the rest of your life? Well, that’s up to you, but I would suggest you find time to watch Breaking Bad at some point.